SAS Was The First Airline To Operate A Polar Route

Scandinavian Airlines (SAS) came into existence shortly after the Second World War, following a merger between airlines from Denmark, Norway, and Sweden. Eight years after commencing operations, it had made history by becoming the world’s first airline to operate scheduled flights that traversed the polar ice caps. Let’s examine these services further.

1954 heralded SAS’s (and indeed the world’s) first-ever scheduled commercial air route over the polar ice cap regions. With these areas begin remote and uninhabited, such routes carried an additional element of danger in terms of the plane’s (and its occupants’) rescue prospects in the event of a crash. As such, SAS began tests two years beforehand, in 1952.

According to Scandinavian Traveler, SAS operated its first experimental transpolar flight from Los Angeles to Copenhagen in November that year. A Douglas DC-6B named Arild Viking, made the trip in 28 hours, with stops in Edmonton (Canada) and Thule (Greenland).

22 dignitaries were onboard as well as SAS’s chief polar navigator Einar Sverre Pedersen. Tests continued, including transpolar journeys from Los Angeles to Stockholm and Oslo to Tokyo, while SAS awaited clearance to begin its commercial transpolar services.

US authorities finally granted SAS, with the help of the Los Angeles Chamber of Commerce, the rights to carry paying passengers on its California-bound transpolar routes in 1954. Just under two years after the first experimental flight across the pole regions, on November 15th, 1954, SAS’s (and the world’s) first revenue-earning transpolar flight departed.

This route also connected Copenhagen and Los Angeles, although its stops were different to the test flights. It touched down en route in Kangerlussuaq (Greenland) and Winnipeg (Canada), as seen in the map below. It proved a success, with the route’s popularity prompting SAS to increase its frequency to three times a week after just two years, in 1956.

A wide variety of passengers used this route. On the one hand, it was popular among film stars traveling to and from Hollywood, gaining SAS further publicity. American tourists also used the route as a gateway to Europe, as SAS allowed a free onward connection. Today, SAS continues to serve Los Angeles International Airport from Copenhagen and Oslo.

The advent of polar routes also proved a game-changer for transpacific flights between Asia and North America. This, along with relaxations regarding the use of Russian airspace, removed the need for such journeys to make a stop in Anchorage, Alaska along the way.

Boeing explains that the use of direct polar routes on transpacific services benefits both airlines and their passengers. Regarding the establishment of four cross-polar routes in 1998, the US-based manufacturing juggernaut states that:

“Flight times are reduced by an hour or more, and fuel requirements are reduced by several thousand pounds. The savings are even greater if a polar route eliminates the need for an intermediate stop. The combined effect of these savings is reduced operating costs, lower emissions levels, and more competitive fares for passengers.”

Did you know about SAS being the first airline to operate a polar route? Perhaps you’ve even flown on such a service yourself? Let us know your thoughts and experiences in the comments! 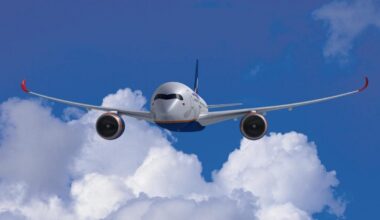 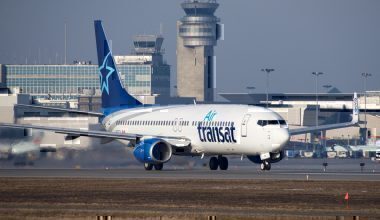 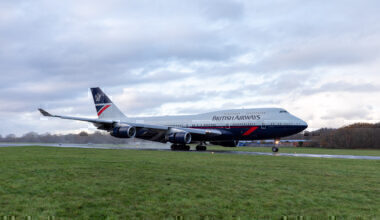