In its pursuit to become the world’s most sustainable airport, Amsterdam Schiphol is trying out a new way for aircraft to taxi to the runway. Over the next few months, the airport will use a hybrid vehicle with fewer emissions in place of a traditional pushback tug. Officials at Schiphol believe that this new strategy will slash fuel consumption from taxiing by up to 85%.

Reducing emissions on the ground

While the climate crisis is a complex issue to solve, its saving grace is that there are many angles at which it can be tackled. There is a plethora of initiatives taking place today that allow airlines and their airports to reduce the amount of CO2 emissions they produce. One of the most successful ways is to invest in new technology that reduces energy consumption on the ground.

Over the coming months, Amsterdam Schiphol Airport will be making some changes to improve its sustainability. On 23rd April, the airport shared the news that it will be trialing a new hybrid vehicle to take aircraft to and from the runway. The new tug, which uses a mixture of electric and diesel, is expected to save 95% on fuel consumption in comparison to a standard tow vehicle.

Between now and June 2020, Schiphol will monitor fuel savings from this new technology. It will then be able to ascertain whether the so-called ‘taxibot’ is a scalable and efficient way of driving down CO2 emissions.

While the results of this initial test are currently untold, officials at Schiphol hold out hope that this is an effective sustainability solution that the airport can implement. Speaking in a statement, the Head of Innovation at the Royal Schiphol Group Hassan Charaf said:

“This study aligns with our ambition to be the world’s most sustainable airport. We are continuing with this important test despite the situation that the corona crisis has caused. This unique vehicle will be at our disposal until at least June. I am proud that Schiphol and its partners are investigating what sustainable taxiing at Schiphol can mean.”

How will the test work?

Before the use of the taxibot can become a regular practice at Schiphol, there are a series of tests that need to be carried out. At the moment, the Royal Schiphol Group has outlined two testing phases with aircraft.

The first will be carried out with an empty Corendon Dutch Airlines 737 aircraft. The plane will be towed by the hybrid vehicle to multiple runways to measure efficiency and sustainability. If the Royal Schiphol Group is happy with the findings, the taxibot will progress to the next stage of testing.

At this next stage, Schiphol will carry out the same trial only this time with an operational aircraft. It has so far named three carriers that might take part in that next stage of testing. These are KLM, easyJet, and Transavia.

Will this strategy be a success?

This method of taxiing aircraft will likely prove to be far superior to current practices. That’s because it will save such a significant amount of fuel. The fuel consumption saving comes from the fact that during taxi, aircraft will be able to keep their engines switched off until they reach the runway. While it may not seem like this would have much of an impact, it does.

That said, despite the apparent merits of this technology, it could be a while before all aircraft taxiing is adopted in this way. The vehicle that Schiphol will lease from Smart Airport Systems is just one of ten in the world. Therefore, if Schiphol wants to employ this technology, it may have to wait.

Are taxibots the way forward? Let us know your thoughts in the comments. 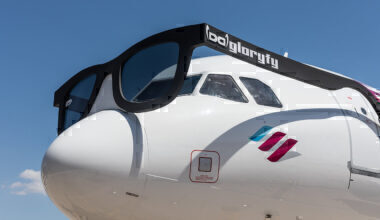 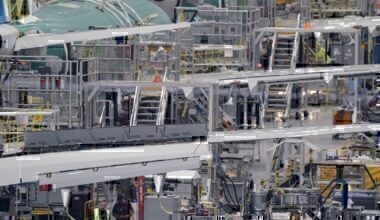