The Shift To Small: Long Haul Flights Will Use Smaller Planes

Across the airline industry, big planes are vanishing. Today’s fleet of Boeing 747s and Airbus A380s is significantly smaller than it was a year ago. In a shift away from huge, high-capacity aircraft, airlines are opting instead for smaller, nimbler jets. In a pandemic environment, this makes a lot of sense, but is this a trend that will stay with us long-term?

“I think airlines have realized that a 787 or an A350-900 has more utility in this environment, in terms of its size and operating costs, than a larger gauged airplane. Now, how long this trend will continue, it’s kind of hard to tell, but it’s certainly been a setback for the Airbus [A380] and also for the 777X.” – Steve Udvar-Hazy, Chairman Air Lease Corporation, CAPA Live

The reason for the popularity of large aircraft in the past was the desire to operate out of the biggest and busiest airports. Locations such as London Heathrow, New York JFK and Hong Kong International are consistently oversubscribed, making it difficult for airlines to grow by adding more services.

When airlines can’t add services, the only way to achieve growth is to send bigger planes. That need saw the rise of larger and larger jets, the 747, 777, A340 and, of course, the A380. Chairman of Air Lease Corporation, Steve Udvar-Hazy, commented on this at a recent CAPA Live event, saying,

“I think the widebody situation has changed a lot because, for a while, there was this fear in the airline industry … there would be slot restrictions. And the only way an airline can grow is to have a larger gauge at each departure. That led to the 380; the 747-8, so big was the way to go. It was the only way to allow airlines to offer more capacity with frequency limitations at a lot of these airports. Now the pendulum has gone the other way.”

But times have changed. While operators of the A380 remain confident that, in some markets, the plane makes sense, for most, it is a relic of a bygone age. The biggest of the big planes is incredibly expensive to fly. Fly it any less than full, and it’ll be hemorrhaging money. The COVID crisis has only served to add a full stop to the end of the A380 storybook.

Today’s airlines want more flexibility. They want to be able to fly the routes that have less competition, and to make routes that have less demand economically feasible. This is spurring a shift to smaller aircraft such as the 787 and A330 for long-haul flying. Sir Tim Clark, president of Emirates, laid this out when he told Simple Flying,

“The widebody twins figure very much in our plans, not so much for replacement … but for our ability to increase frequency of already profitable city pairs and introduce new routes, which would be too big for a 777 or an A380.”

The 787 will be a new addition to the Emirates fleet, but it’s not the only airline going small. Lufthansa has used the pandemic as a springboard to offload its biggest and least economical jets. Routes that were previously heavy on A380s and A340s are being operated by A350s and A330s this summer.

The bottom line is, smaller planes make sense for a multitude of reasons. They’re easier to fill, cheaper to fly and open new possibilities to branch out into uncrowded markets. While the pandemic-induced downturn has made smaller planes even more attractive, this shift to downsize could well be a trend that continues even when 2020 is a distant memory.

How small can you go?

For most airlines, the shift to small will mean embracing the lower end of the widebody market. The 787 is an airline favorite, with optimal operating costs and passenger pleasing comfort. The A330neo is another contender, and to some extent, so is the A350. But for some airlines, going small means getting rid of one of those aisles.

The A321LR has already proven its capabilities on longer routes. It’s not uncommon to see the Airbus narrowbody on trips of six, seven hours or more. JetBlue is flying the plane transatlantic this summer, with an outstanding business class product upfront and a comfortable Airspace interior at the back. If it proves to be competitive, JetBlue will begin to push the boundaries of transatlantic flight prices thanks to its lower operating costs with this aircraft.

And that’s not all. The A321XLR is just a couple of years away now. Its increased range will make it possible to fly nonstop from Sydney to Tokyo, from Delhi to London, or from New York to Rome. On a narrowbody. Udvar-Hazy previously noted,

“If those airplanes catch on and can operate more of these sectors that are near six, seven, eight hours, and operate maybe higher frequencies with a more flexible schedule compared to a widebody, that will change the whole pattern of what’s going on.”

Airlines that have ordered the A321XLR will not be seeking the slot-constrained routes. JFK to Heathrow, for example, is always going to be better served by a larger aircraft, despite JetBlue’s plan to shake things up. But a service from Stewart International (SWF) to London Southend (SEN) could still capture a lot of demand, but without much in the way of competition.

Perhaps, in the future, we’ll fly more often from smaller airports, closer to home, instead of having to trek for hours to the nearest mega-airport for our long-haul flights. Perhaps we’ll spend more time on single-aisle or small widebody planes. 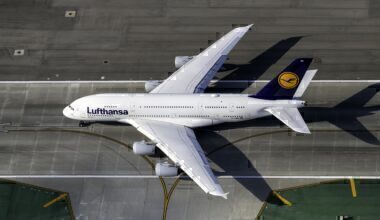 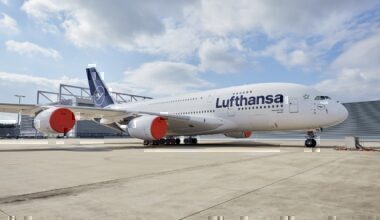 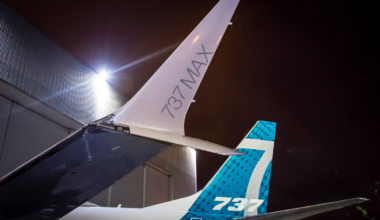 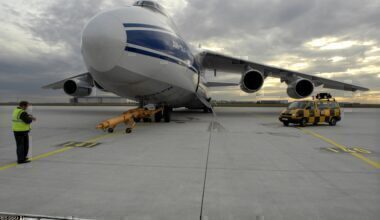