Last month we reported that Norwegian Air Shuttle was facing some issues with running the HiFly A380 replacement service, Norwegian is the first low-cost carrier to ever use an A380 on one of their routes. HiFly offers an A380 as a wet-lease charter plane, running the craft on routes for airlines, with an included crew, insurance and fuel. The hirer does not even need an airline certificate (It is run through HiFly Malta).

The reason for this was that some of their Boeing 787 Dreamliner planes have had engine problems (Rolls Royce Trent) and as such have been grounded until they have been repaired. As part of the compensation, Rolls Royce or Boeing has most likely offered Norwegian the funding to hire the HiFly A380 to cover their summer trade between London and New York.

This was a boon for some passengers, as they would have been upgraded for free to the ex-Singaporean A380’s first class suites, for the price of premium economy!

However, because they had so quickly thrown the A380 into their route network, they had some growing pains.

Since the service started running on the 3rdof August to the 23rdof August, every Norwegian A380 flight in the first four days of service had been delayed by over three hours. These delays seem to be from the fact that New York’s JFK has a limited A380 capacity, something that seems to have not been planned for when Norwegian booked the jet.

Passengers were only informed hours before the flight, and by email. If a passenger did not check or had notifications off, they would not find out until they arrived at the airport and realised they had four more hours to wait (Plus the original 2-3 hours they expected as part of the normal check-in procedure).

These delays are not cheap either; according to EU regulations, if a flight is delayed over four hours by anything other than an ‘extraordinary circumstances’, each passenger is allowed to claim a $600EUR ($700USD) compensation from Norwegian. So far only one flight has been over the four-hour limit, which would be a maximum fine of $308,000, double what the flight might cost to run.

The latest news from Norwegian

Turns out, Norwegian is stating that their delays are due to ‘extraordinary circumstances’ and rejecting claims!

Now, some of you might be thinking, is a failure to plan to work with New York airport extraordinary? Not at all, but that is not what they are claiming. They are claiming a hidden defect in their 787’s has resulted in an extraordinary event, causing the chain of sequences, leading to A380 delays onwards to passengers. Whilst technically true, one could backwardly blame any delay on some ‘extraordinary event’.

Benji, from the website thepointsguy.com, who flew on one of these delayed flights and applied to be compensated, had the following rejection letter:

Unfortunately, Norwegian flight DI7015 (LGW-JFK) 04.08.2018 was delayed by 3 hours and 54 minutes. This disruption was caused by extraordinary circumstances which could not have been avoided even if all reasonable measures had been taken.

Reason for disruption: Mandatory checks from aviation authorities on a specific type of Rolls Royce engine forced us to take the originally scheduled aircraft out of service. Due to gate restrictions in New York, new slots had to be assigned to accommodate the replacement aircraft.

Although we respect your request for compensation, we’re unable to honour your claim as your flight was delayed due to an event, which constitutes extraordinary circumstances.

You can read the rest of the letter here.

“…certain technical problems may constitute extraordinary circumstances and exempt the carrier from its’ liability of compensation. This would apply in cases where the aircraft is released from inspection without the presence of a technical defect or any need to change a faulty component…” – Letter from Norwegian.

Obviously, as part of their incredibly cheap business model, Norwegian can’t afford to have passengers claiming for delays and will fight tooth and nail to prevent this money being paid out.

It is not the first time either, with other passengers claiming that they blamed a lightning strike and lack of staff, preventing them from flying on time.

“I filed a claim with them for a July flight that was almost four hours late. At the gate they said it was because of crew difficulties from the (Portuguese[HiFly]) charter that was filling in for their Dreamliner. In the official response a month later, Norwegian said, “This delay was caused by an earlier disruption within our network that had a direct effect on this flight. The original flight was disrupted due to a lightning strike.” I’m taking them to small claims court.”- Seth Resnik

It remains to be seen if passengers who have gone through this experience will eventually get their money back. 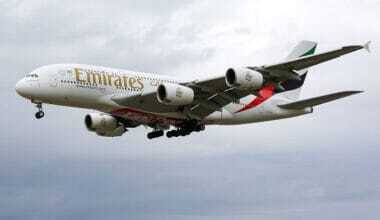 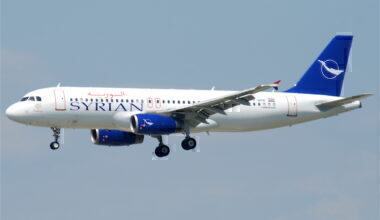 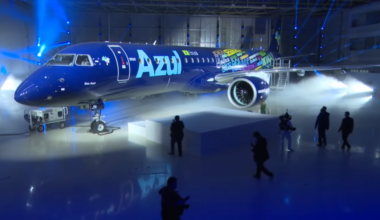 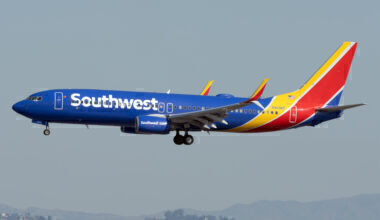