Capacity purchase agreements are big business in the USA. They make regional connections work for the big airlines, removing the risk of operating regional routes and allowing a greater degree of flexibility too. However, in Europe, the idea of buying-in capacity has not taken off, at least not on the scale of the US. Here’s what’s good about CPAs, and why European airlines should look to embrace these sorts of services.

A growing interest in CPA in Europe

A CPA is an agreement by where an airline outsources a portion of its business to another company. Much like wet leasing, but usually over longer terms, this is a model that is fundamental to the regional aviation market in the US. Brands like American Eagle, Delta Connection and United Express fulfill the needs of the regional market, without the risk to the big airlines of running a very different fleet in a very different marketplace.

In the US, despite being serviced under these subsidiary brands, the flights themselves are often operated by airlines you’ve never heard of. Mesa Airlines, Republic Airways, Envoy Air, Piedmont Airlines… this is a model that is wholly embraced on the other side of the pond but is still really just emerging here in Europe.

“What we’re seeing is it’s gradually shifting in Europe towards a more US-style model, with longer-term capacity purchase agreements. For us, we would like to see that model really take hold in Europe.”

Clearly, more CPA activity in Europe would be very beneficial to a company that specializes as a provider for this service. However, there are some far-reaching benefits for airlines too.

The benefits to airlines

Being able to lease capacity is a far more cost-effective means of expanding an airline than perhaps buying or leasing their own planes. It can allow for rapid expansion, rather than waiting for new aircraft from the manufacturer, and can allow airlines to capitalize on new markets quickly and with the right aircraft for the route.

Air Serbia is one airline that has been using the services of Regional Jet in recent months. Head of Network, Alliances and Fleet Planning at Air Serbia, And Salt, highlighted the unique benefits of CPAs within the European market, saying,

Longer-term leases required for benefits to be maximized

In order to fully materialize the benefit of the cost control that companies like Regional Jet have, airlines need to embrace CPAs with longer-term contracts. Fennel explained,

“Right now, one of our biggest risks is aligning our aircraft leases with the contracts that we have. Short term contracts potentially leave you with a lot of aircraft that you don’t need anymore. However, it’s slowly changing, such as with airlines like SAS and LOT who are two of our biggest partners. I think they’ve realised that the CPA model in Europe has a lot of benefits for them, because we can typically do things a lot cheaper than they can. It doesn’t mean that we cheapen their brands, but we have an element that allows us to offer the cost control that we have.

“Things are changing. We have found that with SAS and LOT they are becoming more open to longer-term contracts. This gives us and our lessors a bit more peace of mind. Ultimately, what we’d like to see is a situation like you have in North America, with longer-term contracts over a decade or more. This would allow us then to start thinking about purchase decisions; we could go straight to the OEM and cut the lessors out completely.”

The time is right for Europe

Mark Dunnachie, Head of Commercial EMEA & Russia at aircraft manufacturer ATR, believes that the time is right for European airlines to embrace the benefits of CPA. He noted how the idea had been floated some years ago, and that the general consensus was that the market wasn’t ready. However, he believes things have changed, commenting,

“I think now is the moment. The capacity provider model [in Europe] is slightly different. It’s not so much you’re going to see the name of the regional airline on the front; I think it’s really about de-branding. We’re seeing a mix in the big airlines of some who are not really alert to this opportunity and others who are really tuned into it big time.

“The market has evolved to such a point where perhaps the nationalism issue has broken down. Those walls have lowered. They’re not completely gone, but they’ve lowered.”

Mr. Fennel agreed. He highlighted how, since the deregulation of aviation in the US in the late 70s, airlines have been much freer to operate without any local ties. In Europe, however, there is still a lot of state involvement, and this is perhaps limiting how airlines evolve. Perhaps, as we see national lines becoming more blurred, the demand for CPAs will increase.

Clearly there are many reasons for European airlines to embrace CPAs. Whether they will ever reach the depth of reliance on this service that we see in the US remains to be seen.

You can watch this entire panel discussion on YouTube here. Simple Flying is partnering again with AviaDev for their forthcoming AviaDev Africa route development conference, to be held in Madagascar in May 2020. 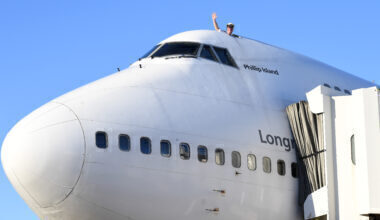 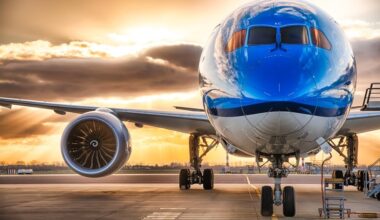 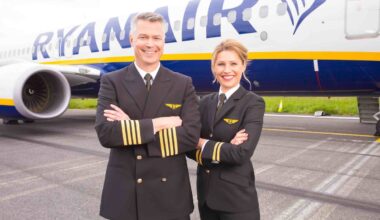 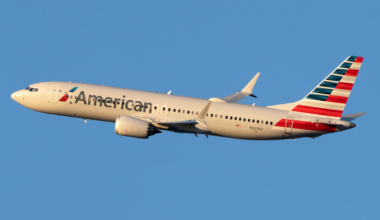 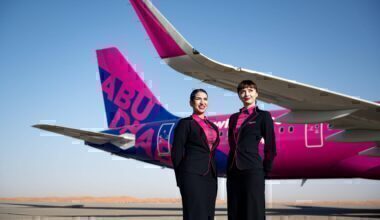