Singapore Airlines has issued 10-year bonds to its shareholders in an attempt to raise $10 billion USD in financing to get through the current aviation crisis. The airline also has a line of credit for up to $4 billion USD from DBS Bank to keep the company’s cash flowing.

What is the state of Singapore Airlines?

Singapore Airlines is in a dire position after the coronavirus outbreak decimated its route network. The airline has found the bulk of its passenger business drop off, with destination cities closing borders and Singapore itself closing off to visitors. At one point, the airline only had nine aircraft flying in the world.

“This is an exceptional time for the SIA Group. Since the onset of the Covid-19 outbreak, passenger demand has fallen precipitously amid an unprecedented closure of borders worldwide. We moved quickly to cut capacity and implement cost-cutting measures.” – SIA Chairman Peter Seah said in a statement on the Singapore Airlines website.

Thus the airline has taken radical action to preserve its cash flow and has turned to its shareholders for help.

What are the financial details?

Singapore has taken the following three actions (numbers are rounded to the nearest billion):

These new ‘lines of credit’ will need to be approved by the board and shareholder approval.

The Company intends to use the proceeds from the rights issues to fund capital and operational expenditure requirements. Both rights issuances are subject to shareholder approval at an extraordinary general meeting (EGM) that will be held in due course. SIA’s largest shareholder Temasek Holdings will vote in favor of the resolutions and procure a subscription for its full entitlement and the remaining balance of both issuances.

Singapore Airlines is looking to raise the first $3.5 billion USD through the MCB’s in the next few weeks, raising an additional $6.5 billion in a few month’s time.

“We are especially grateful for Temasek’s strong vote of confidence. The Board is confident that this package of new funding will ensure that SIA is equipped with the resources to overcome the current challenges, and be in a position of strength to grow and reinforce our leadership in the aviation sector.”

Why is this a good thing?

As you may realize, this is not a government bailout nor a stimulus package. These bonds issued to shareholders are actually short term loans, as they will only need to be paid back in the next ten years (with interest).

The logic is that Singapore Airlines is a strong company with a modern fleet that was doing very well before the current aviation downturn. Singapore Airlines, Silk and low-cost-carrier scoot deliver over half of all aviation travel into Singapore. Additionally, the aviation sector in Singapore supports more than 12% of the country’s GDP and 375,000 jobs.

“SIA has been seeing strong growth before the hit from the pandemic. It has also committed to fleet renewal as part of its transformation journey. This transaction will not only tide SIA over a short term financial liquidity challenge, but will position it for growth beyond the pandemic.” 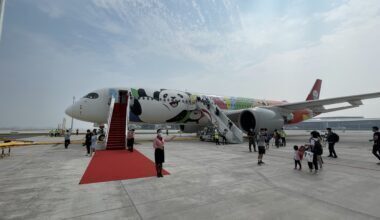 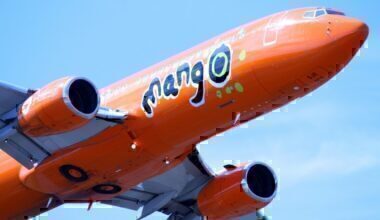