Throwback: When Singapore Airlines Flew The Airbus A310

Singapore Airlines is among the world’s most prestigious carriers, and its present fleet is dominated by widebody aircraft. These twin-aisle jets come from both sides of the industry-dominating Airbus-Boeing manufacturing duopoly. When it comes to Airbus, the airline’s most notable aircraft are arguably its A380s and A350-900ULRs. However, the older A310 also previously played a key role at Singapore Airlines. Let’s take a closer look.

A second A310-200 also joined the carrier later that month, with the remaining four coming onboard between March and October in 1985. The A310’s role at Singapore Airlines was to replace older Airbus and Boeing aircraft like the A300, 727, and 737-100.

These aircraft enjoyed reasonable tenures at the carrier, lasting 12-15 years. Having arrived brand new, they had plenty of flying left by the time they departed, which they did between August 1997 and June 2000. Three examples joined Middle Eastern Airlines, two joined the Belgian military, and one joined German leisure carrier Hapag-Lloyd Flug.

Singapore Airlines’ remaining 17 A310s were examples of the A310-300 variant. While this shared the same dimensions as the -200, its increased maximum takeoff weight (MTOW) allowed for additional fuel tanks and, subsequently, a greater range.

The A310-300s departed the carrier round the turn of the century, with 9V-STO being the first to go in December 1999. By August 2003, all 17 had left, with 9V-STZ being the final departure. More than half (nine aircraft) went on to fly for Air India, with Biman Bangladesh being another destination. Sadly, all have now been scrapped or destroyed, or are derelict.

The Singapore Airlines fleet has undergone significant evolution since its A310 years. According to data from ch-aviation.com, it currently consists of 161 aircraft, with a relatively young average age of 7.6 years old. Of these 161 planes, around 60% (96 aircraft) are presently active. The only narrowbodies are Boeing 737-800s (16) and MAX 8s (six).

Meanwhile, widebody aircraft are very much the backbone of Singapore Airlines’ current operations. As far as Airbus is concerned, it has solid representation from the A330-300 (two), A50-900ULR (seven), and A380 (19). However, by far the most numerous design from the European planemaker is the standard A350-900, with 49 examples.

In terms of Singapore Airlines’ Boeing contingent, this consists primarily of Boeing 777s. The airline has 11 -200ERs and two -300s, although all are currently inactive and due to be retired. It also flies 27 777-300ERs, 13 of which are presently in service. 15 examples of the 787-10 ‘Dreamliner’ give a more youthful edge to the Boeing fleet. Finally, it also operates seven cargo-carrying 747-400Fs.

Did you know that Singapore Airlines used to fly the Airbus A310? Perhaps you’ve even flown on one yourself? Let us know your thoughts and experiences in the comments! 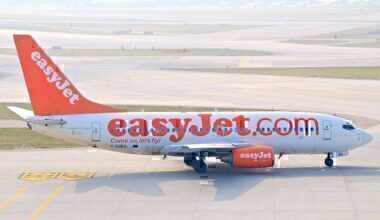 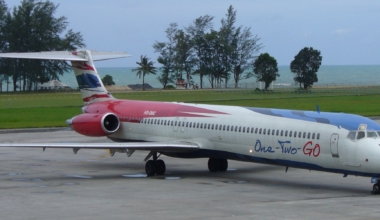 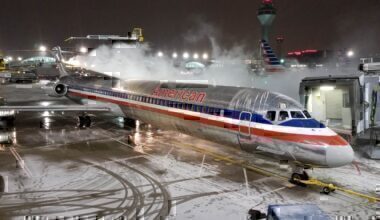 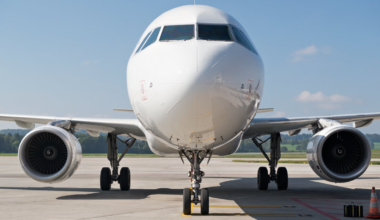