Earlier this week, we took a look at where South African Airways’ various examples of the Boeing 747 ended up. The 747 was a game-changing jetliner when it first flew in the 1970s, and European manufacturer Airbus launched a similarly ground-breaking plane during this decade: the A300. SAA also operated this type, which was the world’s first-ever twin-engine widebody jet. But what became of the nine examples that SAA operated?

South African Airways began operating the Airbus A300 in 1976, two years after it entered service with Air France. With the aircraft being a world first in terms of being a widebody design with just two engines, the A300 firmly placed Airbus on the map.

As well as being a game-changing passenger and freight aircraft, Airbus later used the type as a testbed for its fly-by-wire technology. This was pioneered by the late Bernard Ziegler, whose life and achievements Simple Flying explored yesterday. Airbus introduced the fly-by-wire system on its A320, which Air France launched in April 1988.

In terms of SAA, the South African flag carrier opted to take on the A300 as a means of replacing its Boeing 707s. There was a four-year overlap between these aircraft and the A300s that replaced them, with SAA’s last 707 service flying on December 26th, 1980.

According to Planespotters.net, South African Airways’ first four A300s belonged to the ‘B2’ variant. Two of these aircraft joined the airline in 1976 (ZS-SDA and ZS-SDB), with the other pair (ZS-SDC and ZS-SDD) coming onboard in the following year.

In terms of the fates of these aircraft, three of the four spent their entire careers with the South African flag carrier. After 25 years of service, these aircraft were eventually withdrawn and retired in 2000 and 2001. Two were broken up in Bournemouth in April and September 2002, with the other meeting its fate in Daytona Beach in November 2000.

ZS-SDB was the only one of SAA’s A300s not to spend its entire working life at the airline. Rather than being scrapped when 2001 came around, it was instead transferred to Turkish carrier Onur Air. After flying there for five years with an all-economy, 316-seat configuration, it was withdrawn in April 2006. Three years later, it was broken up in Istanbul.

SAA’s remaining five A300s were variants of the ‘B4’ series. This version of the A300 had an additional fuel tank at the center of the aircraft, providing extra capacity. One of these (ZS-SDG) was a convertible-freighter version designated as the C4.

SAA was the first recipient of this version, and it joined the airline in 1982. Apart from a year-long lease to much-loved Canadian carrier Wardair between August 1986 and August 1987, it stayed with the airline until October 2000. It remains active today at Kyrgyzstan’s Moalem Aviation, still carrying cargo at the ripe old age of nearly 39 years!

Of SAA’s standard B4s, ZS-SDE and ZS-SDF also enjoyed leases to Wardair. These aircraft have since been scrapped, having most recently flown for the aforementioned Onur Air in 2008 and 2009. This just leaves ZS-SDH and ZS-SDI, both of which were second hand upon their arrival at SAA. They had entered service with Singapore Airlines in 1982 and 1983.

ZS-SDH came straight to SAA from the Singaporean flag carrier in 1987, while ZS-SDI had spent an interim period at Luxair. They eventually left SAA in the 1990s, and their final operator in both cases was Turkish carrier MNG Airlines. This operator eventually withdrew them in 2005 and 2005, before breaking them up in Istanbul (ZS-SDH) and Karachi (ZS-SDI).

Did you ever fly on one of SAA’s one A300s? What did you make of the experience? Let us know your thoughts and memories in the comments. 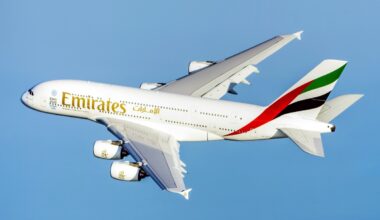 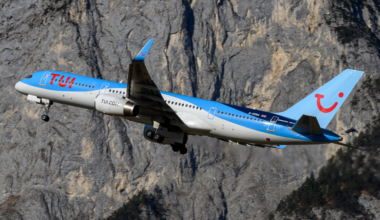 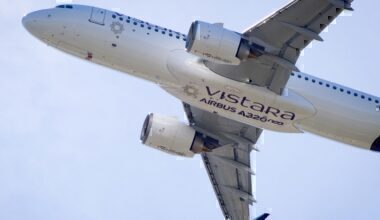 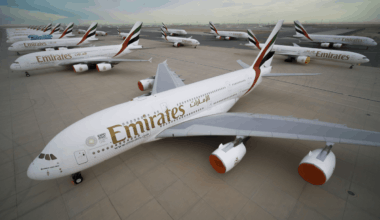 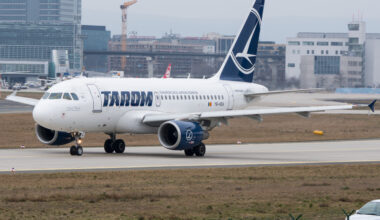