Southwest Airlines has said that it will need nearly half a year to get all its Boeing 737 MAX aircraft back in operation. The airline is currently awaiting the recertification of the aircraft from the Federal Aviation Administration (FAA).

The timeline for the relaunch

This timeline was noted in the Q3 2019 earnings call held by Southwest executives. The plan for relaunch covers not only the reintroduction of the aircraft to a normal schedule but also new processes for staff.

The airline said that it would need time to train its pilots on the aircraft as well as update its manuals after airworthiness is granted. This is a process that could take between 30 and 40 days.

In terms of reintroducing the aircraft, the airline has a lot to consider. It’s taking into account the undelivered MAX aircraft it has on order from Boeing as well as its current grounded fleet. Southwest Airlines said it will need between two and four months to reintroduce all these aircraft. It has 34 aircraft currently grounded and is expecting 41 more from Boeing.

“…that gives us 75 aircraft of backlog to ingest into the fleet when the grounding is lifted. We believe that we can manage that at a rate of about 5 to 10 airplanes per week, which if you do the math implied to two to four months before all of our 2019 and prior MAX aircraft are back into operational service.”

Why will it take so long?

Despite airlines being eager to return the MAX to service, the process takes a long time. There will be extensive work needed on individual aircraft as well as intricate jostling of flight schedules.

When aircraft have experienced extended downtime, there is maintenance that needs to happen to ensure that they are safe to operate. And then there’s the scheduling. Often schedules are planned months in advance, so it’s not as simple as slotting an aircraft back in where it left off. If that plane flies internationally, other individual countries and aviation authorities will also need to approve the aircraft to allow them to fly in their airspace.

When will Southwest’s aircraft fly?

At the moment, Southwest is working with the expectation that the grounding will be lifted in mid-December. It said that Boeing had reassured the airline that it was aiming to return the MAX to service in the fourth quarter of 2019. Southwest hopes to operate the aircraft from 8th February 2020.

In addition, Southwest’s Executive Vice President and Chief Financial Officer was able to share some good news about the fleet. She said that Boeing has now promised the airline a delivery of seven MAX aircraft by the end of this year. Southwest expected to see all 41 deliveries taken by that time, but these have now been pushed to 2020. Therefore, Southwest will see the remaining 34 new aircraft from this year’s order delivered next year.

After that, Southwest will be able to retire some of its other Boeing types.

2020 will be a big year for Southwest in terms of aircraft acquisition. Tammy Romo, Executive Vice President and Chief Financial Officer, said that 72 new Boeing aircraft will be delivered. With so many deliveries, Southwest will be able to retire some of its fleet.

It’s currently working to prevent an aircraft deficit in light of the grounding and lack of deliveries. It’s already postponed the retirement of seven 737-700 aircraft.

But Southwest is hopeful for the next deliveries. It says that at the end of the year it will expect to retire those -700s. That will bring the number of total retired aircraft to 18. With seven new deliveries expected before the year is out, Southwest predicts its fleet to be 749 strong by the end of 2019. If all goes well.

Are you excited to see the MAX grounding lifted? Do you think a mid-December lifting is realistic? Leave us a comment to let us know your thoughts. 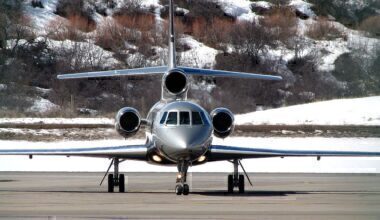 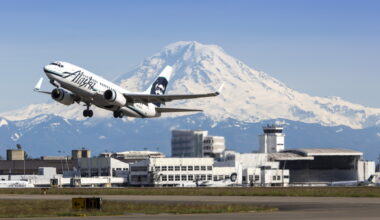