Southwest Airlines explained to investors today its network strategy in 2022. Andrew Watterson, Executive Vice President and Chief Commercial Officer at Southwest Airlines, discussed how the airline’s priority will shift from adding new destinations to bringing back its pre-crisis network and returning to its strengths in key markets. Enabled by new aircraft deliveries and net fleet growth, the airline will rebuild the schedules it brought down during the crisis.

Southwest has made its immediate 2022 focus on rebuilding its pre-crisis network. While it is selling new city pairs and itineraries, it did so with reduced schedule depth. Especially in some more business and high-demand markets where travel was significantly down due to the crisis, the airline cut its daily flight schedules and redeployed its aircraft and assets.

2022 will be about “restoration.” The airline defines “restoration” as predominantly returning its schedules in strong Southwest bases. The airline believes this will be providing low-risk, high-return opportunities that the airline has experience flying pre-crisis. This is especially prevalent in the airline’s top cities, like Las Vegas, Phoenix, Denver, Austin, Orlando, Baltimore, Atlanta, and more that will see capacity increases due to added schedule depth.

This is also where Southwest envisions utilizing most of its new Boeing 737 MAX aircraft deliveries. It will not be taking enough new planes in 2022 to fully restore the network after factoring in the planes devoted to the airline’s expansion in Hawaii and the addition of 18 new cities in the network.

Not a uniform rebuilding to pre-crisis standards

The return of the network will not be uniform to pre-crisis standards. As Mr. Watterson described, the airline is approaching the restoration of its network in a very organized way:

“Our network planning team looked at each [city] and said, ‘What is the network that allows for business travel, leisure travel, visiting friends and relatives?’ and built that back up city-by-city. Some cities ended up with a little bit less capacity, some ended up with a little bit more capacity than pre-pandemic, but all restored to a relevant network that supports and defends our position as a leader.”

This describes the airline’s strategy in the top 50 US cities where Southwest was the largest airline based on passengers carried. This includes the big bases like Baltimore, Chicago, Atlanta, Tampa, Las Vegas, etc. The cascade effect across the system is that, as Southwest builds back these cities, it also comes back in other markets like Columbus or Pittsburgh to create a network that works for a variety of travels and offers enough depth and connectivity to support revenue growth and the airline’s financial recovery.

There are also some new routes entering the airline’s system next year. Starting on April 25th, the airline will offer a new daily roundtrip service between Austin and Tulsa, new four-weekly services between San Antonio and Oklahoma City, and a Saturday-only service between Syracuse and Tampa.

Throughout the crisis, the big news from Southwest Airlines has been the airline’s addition of 18 new stations. Ranging from second airports in key markets like Chicago to entirely new destinations like Bozeman, Southwest Airlines redeployed its idle aircraft and crew to access new markets, and thus, new revenue pools.

Discussing the airline’s approach, Mr. Watterson described how Southwest Airlines increased its leisure market breadth by 32% over its pre-crisis network. He stated the following:

“We’ve talked about the reallocation of 92 aircraft that we used for our Hawaii expansion and the 18 new cities- new airports. However, if you factor in the other new flying…its roughly 125 aircraft that we repurposed within our network to improve cash burn.”

In Hawaii, Southwest Airlines‘ December 2021 schedule is 177% larger than it was in December 2019. This included the addition of four new gateways from the mainland to Hawaii: Los Angeles, Las Vegas, Long Beach, and Phoenix. Lastly, Southwest added 18 new routes since 2020, connecting the mainland US with Hawaii.

The 18 new stations are split into three categories. There were nine leisure-focused destinations:

There were six destinations that Southwest added that it considers as “origin” points where it can generate traffic to connect to the rest of its network:

The last three (Miami, Chicago O’Hare, and Houston-Bush) are co-terminal points. Mr. Watterson explained that these were extensions in cities where the airline already has a significant market presence in other airports in the area.

Southwest has indicated that it feels comfortable with the number of destinations it has in its network and plans on slowing down from adding new cities. While the airline did not officially rule out the addition of new cities, it indicated that it was not a new priority but something that, if an attractive option, could be something the airline does. 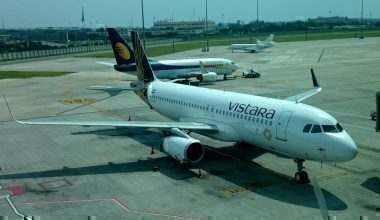 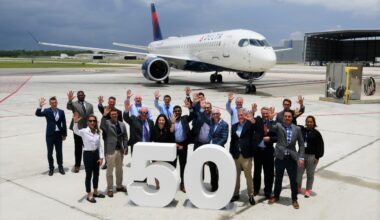 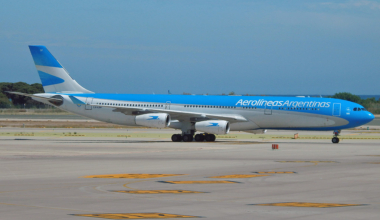