Southwest Airlines had a minor issue on Saturday morning when two of its aircraft collided at the Newark airport (EWR). The accident took place in Terminal A, just after 7 am. No one was injured in the collision, but passengers were inconvenienced for their morning flight.

The last place that you’d expect an airplane collision to happen is on the ground. Southwest experienced a major inconvenience in their service when two or its aircraft clipped each other on the tarmac. On Saturday morning, one plane began taxing before departing for its Fort Lauderdale bound destination. In the process of taxiing, the plane’s wing made contact with the tail wing of another Southwest aircraft parked at the gate.

Due to the collision, the plane was forced to return to the gate to assess the situation. A total of 140 passengers and crew members who were on the flight were rebooked for a later flight on the same day. Customers experienced a five-hour delay due to the incident. Thankfully no one was injured during the accident.

Southwest passenger, Alex Diefenbach, was seated right at the wing that was clipped in the accident. He went to social media to share photos of the incident and provide the media with updates of the situation. In the pictures, we can see the damage caused to the aircraft wing. The following photo even shows an outside crew member carrying away a piece that fell off the plane during clean up.

The official Newark airport Twitter page was continuously updated to keep passengers involved in the events. Their initial tweet was about the Southwest plane collision, while following tweets gave recommendations for passengers to check their flight status in case of delays.

Why Did The Collision Happen?

Details haven’t been released about the nature of the Southwest aircraft wing collision. The plane in motion was the cause of the accident since the other was parked. The most significant speculation of the incident cause is due to weather conditions. Saturday morning was cold in Newark. Snow and ice covered much of the ground.

EWR announces that delays could be experienced for all passengers due to weather delays at the airport. Southwest confirms with passengers about delays in lieu of the recent accident. “There is no higher priority for us than safety, and we thank our customers for their understanding as we apologize ahead of their delayed travel,” states a Southwest Airlines representative to Fox News.

Southwest puts significant attention on safety for its passengers. Even though the wing clipping was a minor incident, both plans involved were taken out of service. They will undergo service review and maintenance to ensure they are both working efficiently.

The company’s decision to un-board all of the passengers and rebook them is a result of attending to the repairs of the aircraft. No other incidents have been announced at EWR due to weather conditions. Pilots are taking extra care when navigating the tarmac in Newark to avoid any further issues. 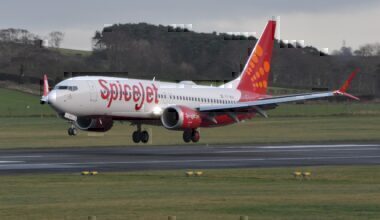 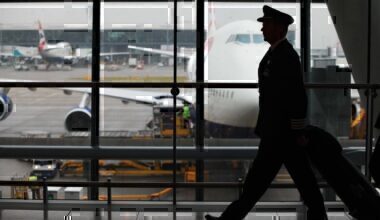 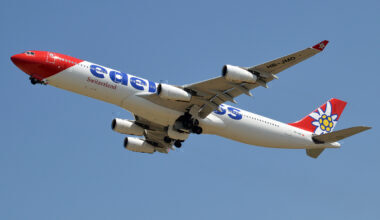