Southwest Airlines Board Could Consider Airbus – Why That Matters

We recently asked the question “could Southwest Airlines ever operate an Airbus aircraft?” Well, it seems we are a little closer to answering the question. During the airline’s third-quarter earnings call on Oct 24th, Southwest Airlines CEO Gary Kelly confirmed that the board had directed him to look at aircraft other than the Boeing 737. Without naming it specifically, many know that the main alternative would be Airbus.

We’ve covered this topic several times – the possibility of Southwest operating Airbus aircraft. As the Boeing 737 MAX crisis drags on and timeline-uncertainty grows, the possibility grows as well. We know the search is getting more serious because it was stated in this week’s earnings report.

During the earnings call, CEO Gary Kelly said the following in response to a question about comments he made on CNBC:

“The comment that I made about evaluating the question in a single fleet type is — that’s not new news. I’ve shared that before and we’ve done it. We looked at it very carefully on several occasions. Mike lead that effort as late as 2011 when we agreed to launch the MAX. We have a very serious look to an alternative.”

Of course, Kelly went on to give more detail about this, discussing the tremendous benefits having a single fleet type has brought to the airline. This, he says, includes “a more reliable and arguably safer operation” due to the expertise in one aircraft. Furthermore, Southwest is famously loyal to Boeing and the 737. It is well known that no airline would ever pay a lower price for a Boeing 737 than Southwest as per a “handshake agreement.”

Below, he makes it clear why a single fleet type has its advantages:

“We’ve been extremely successful for 48 years with a single fleet type. I know that our Vice President of Flight Operations would agree. It certainly makes for a more reliable and arguably safer operation when we have, the expertise that we do in this year one. So there are plenty of good arguments for, just I really feel like it’s just acknowledging the obvious and I feel like we have a duty to look at the question. And especially in light of what’s going on right now.”

Gary Kelly concludes his answer by making clear that introducing a second type of aircraft to the fleet is not happening anytime soon. In fact, Kelly ends his response by saying “we’re not entertaining this question today”.

Southwest is one of the most loyal all-Boeing airlines out there. The low-cost carrier has been using an all-737 fleet since the very beginning – except for a brief period of time when 727s are also used. For an airline as loyal to Boeing as Southwest to consider an alternative manufacturer is a strong signal of non-confidence in the 737 MAX. In fact, Southwest has invested billions in these jets.

There were rumors earlier this year that Southwest was looking at Airbus aircraft, specifically, the A220. The new and highly fuel-efficient A220 does not directly compete with the Boeing 737. However, the Airbus A320ceo and next-generation Airbus A320neo are tailored to compete directly with the 737.

In conclusion, the latest comments from the earnings call demonstrate that non-Boeing jets are not completely off the table. However, Southwest’s CEO also makes it clear that this won’t be happening anytime soon. Obviously, they’re still optimistic that the 737 MAX will take to the skies in the near future.

Should Southwest hold out hope for the 737 MAX or start making fleet changes as soon as possible? Let us know by leaving a comment! 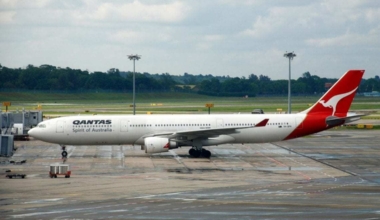 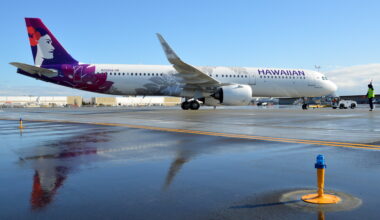 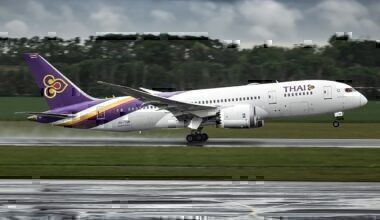