Most major US carriers and their staff are bracing themselves for involuntary layoffs come October 1st. However, in a letter sent to employees, the CEO of Southwest Airlines Gary Kelly told staff that while he could not promise they would not happen in the future, no involuntary furloughs or pay rate cuts would be implemented before the end of the year.

No furloughs, no pay cuts

While US airline employees are still under the protection of the conditions of the CARES Act payroll funding, most carriers have begun to signal immediate layoffs when these run out on October 1st.

However, one airline, Southwest, is going against the grain. Despite the grim air travel recovery forecast, the world’s largest low-cost carrier says that it will not furlough any employees this year. Nor will it implement any pay-cuts.

“We have no intention of seeking furloughs, layoffs, pay rate cuts, or benefits cuts through at least the end of this year. We have never had any of these in our 49-year history,” Southwest CEO Gary Kelly said in a letter to staff seen by Simple Flying.

“I can’t guarantee it will never happen, especially during these dark pandemic times. I can promise you it will be the last thing we do to keep Southwest financially healthy and viable,” Mr Kelly continued.

It is not that Southwest is keeping the entirety of its pre-crisis workforce. One reason why the carrier is managing to avoid involuntary layoffs and maintain salary levels is that nearly 30%, or close to 17,000, of the airline’s staff has agreed to take long-term unpaid leave or opted for early retirement.

The Southwest CEO further outlined the current situation and future plans. Describing the ongoing crisis as the worst for the US and the world since WWII, he said,

“One of the hallmarks of Southwest has been our preparedness—for the unexpected. Recessions, wars, oil price spikes, terrorism, brutal competition. You name it, we were prepared financially with a strong balance sheet, plenty of cash, low costs, and sensible affordable future commitments. (…) This time “the unexpected” turned out to be the worst crisis by far in our history.”

While we continue to plan for multiple scenarios and maintain our preparedness, we are pleased to share that based on the strong take rates from our voluntary programs, we do not currently intend to pursue furloughs, layoffs, or pay cuts during 2020. #SouthwestHeartStrong pic.twitter.com/1LmEocExW4

Passenger numbers down by 70%

Southwest Airlines has lost nearly $1.6 billion so far this year, with 95% of that number occurring in the second quarter. And while the US market was showing tentative signs of recovery a month ago, the recent spike in cases in several states has quickly dampened the burgeoning optimism.

The airline is back to carrying more passengers than during the darkest days of the pandemic. However, numbers are still down by 70% of the same period last year. At the peak of the crisis, Southwest had 400 aircraft grounded. Now it has about 100 of its 737s parked but is still operating a heavily reduced schedule.

Mr Kelly said that his company is in “intensive care,” with a daily cash-burn rate of $20 million. Aircraft sale-and-leaseback agreements, along with loans, have provided the airline with $12.2 billion in cash. The selling of stocks to investors has generated about $2.2 billion, and the CARES Act funding $3.2 billion.

This should be enough to see the airline and the 70% of its staff that chose to remain through a little while longer. And while the industry does need to face a new reality and the potential for a prolonged pandemic, perhaps Southwest’s model of low-cost, single narrowbody aircraft type and point-to-point network could be the best suited for the task. 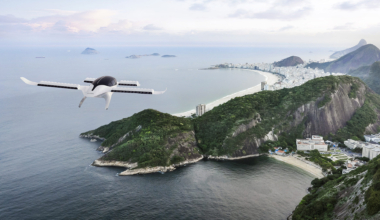 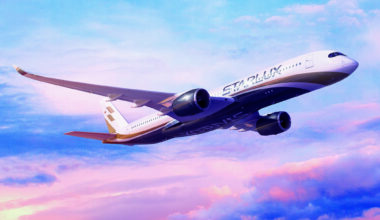