On Thursday, thousands of pilots, cabin crew, ground staff, and customer service agents working for Southwest airlines received warnings that they may be furloughed come spring. The carrier expressed that it still hopes to avoid layoffs if unions are prepared to agree to the pay cuts it has requested.

Southwest Airlines, previously priding itself in not having laid off a single employee because of the crisis, on Thursday warned over 6,800 employees they might be furloughed in spring 2021. Depending on the workgroup, this could be anywhere between March 15th and April 1st, the Dallas Morning News reports.

Door not closed but up to unions

According to CNN, the numbers are made up of 2,551 ground crew, 1,176 service agents, 1,500 flight attendants, and 1,221 pilots. These would be the first layoffs in Southwest’s half-a-century long history and amount to over 10% of the airline’s current workforce.

“We are not closing the door — we’ll continue negotiations if union representatives want to continue working toward reaching mutually agreeable solutions,” the carrier said in an internal memo to staff seen by the news outlet.

The airline has asked the unions representing 83% of its workforce to agree to a 10% pay cut to avoid the massive furloughs come spring. Deals have thus far been concluded with the airline’s meteorologist and dispatcher unions. However, the remaining labor groups are yet to comply with the terms, prompting Thursday’s large-scale warnings.

Non-unionized workers have already taken similar pay cuts, and Southwest CEO Gary Kelly has trimmed his base salary down to zero for next year. Other leadership group members have seen their base pays cut by 10% for the same time period. However, the aim has been to finalize cost-saving measures across all employee categories by January 1st.

Southwest has previously warned over 400 employees in its mechanics, technicians, and maintenance workgroups.

Companies are required by law to issue WARN notices 60 to 90 days before any planned mass furloughs. The layoffs are not certain, but the warnings, issued earlier than required, may also be a way of exercising pressure on the stalled union negotiations.

“We have been engaged with our unions since early October seeking temporary cost reductions to help offset over one billion dollars of overstaffing costs projected for 2021,” Russell McCrady, Southwest’s vice president of labor relations, told the Dallas Morning News.

“Our absolute goal is to preserve every job at Southwest Airlines; however, due to a lack of meaningful progress in negotiations, we had to proceed with issuing notifications to additional employees who are valued members of the Southwest family,” Mr McCrady continued.

Simple Flying has reached out to Southwest for further comment on the news but was yet to receive a reply at the time of publication.

Do you think the furloughs will go ahead, or will Southwest reach a deal with its unions that will cut costs enough to save jobs? Are you or someone you know affected by the plans? Tell us in the comments section. 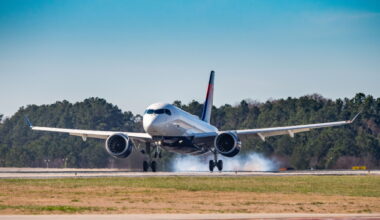 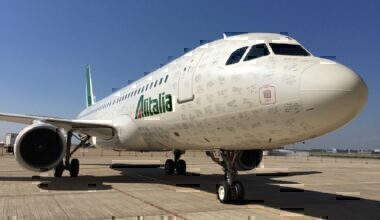