Spirit Airlines has firmed up a deal for 100 Airbus aircraft today. The aircraft, a mix of A320neo family aircraft, will be delivered through 2027. The deal also includes options for 50 more planes. At list prices, the deal is estimated to be worth $11bn to $12bn.

Spirit Airlines has today firmed up the MoU from October to purchase 100 Airbus narrowbody aircraft. The purchase agreement, perhaps the last for Airbus for 2019, includes a mix of A319, A320 and A321 models, although the exact split has not been revealed.

The aircraft are all the New Engine Option (neo) version of Airbus’ popular single-aisle jet. As expected, the final deal is for a total of 100 aircraft, and includes options for a further 50 to be added later on. The aircraft will be delivered with Spirit’s brand new cabin, as revealed earlier this week.

The neos will be added to Spirit’s already all-Airbus lineup, which includes 31 A319s, 64 A320s, 13 A320neos and 30 A321s. Right now, Spirit’s fleet is one of the youngest in America, with an average age of just six years. Its oldest aircraft are its A319s, some of which are approaching 14 years of age.

Spirit already has an order of 55 A320neos to be delivered. By the end of 2019, that number will be down to 48. All of those should be delivered by the end of 2021. This order for 100 more of the narrowbody jets will see the carrier receiving a steady stream of new aircraft right through 2027, allowing it to retire older jets one by one and keep its fleet young.

Taking a chance on tariffs

Spirit made headlines with this order in October, as it was soon after the Trump administration had announced new tariffs on the European built aircraft. At this very moment, the deal could see Spirit paying an additional 10% in taxes on those aircraft imported from the EU.

However, as there is a lead time of some years between ordering and receiving aircraft, Spirit could dodge the bullet if the transatlantic trade war has cooled off by the time they are delivered. This firming up of the order shows Spirit is unconcerned about a prolonged tariff levy, or is prepared to pay the price if required.

The other saving grace for the low-cost airline is that some of the aircraft could be constructed at the Airbus plant in Alabama, which would make them free from tariffs.

Although the complete details of the firm order are not available yet, it was made clear from the announcement that there were no long-range aircraft included. In particular, the new and popular A321XLR doesn’t seem to be part of Spirits long term game plan. This indicates that the airline, at least for the foreseeable, doesn’t have plans to fly to Hawaii, Europe or anywhere else further away.

However, that’s not to say that it won’t be added later on. Airbus is famous for allowing up- and down-gauging of orders, particularly between its A320 family of aircraft. We’ve seen in the past how easy it is for airlines to go bigger at the drop of a hat, and convert existing orders to something larger or longer range as it’s announced.

With many years to go until Spirit’s latest order is complete, there’s plenty of time for the budget airline to consider its needs and revise its order accordingly.

What do you think about Spirit’s firm order today? Let us know in the comments. 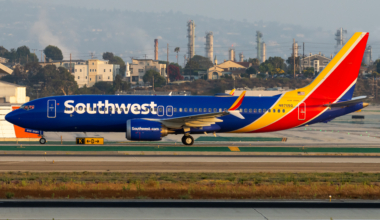 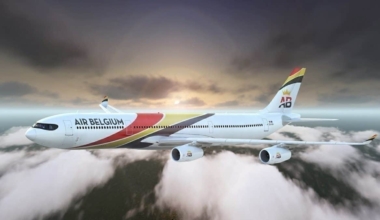 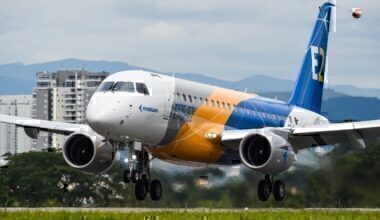 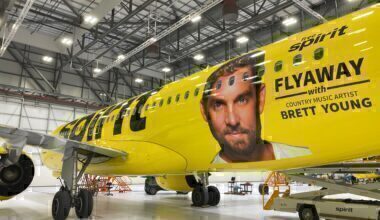