What Is A Squawk Code? What Do They Mean?

If you’re interested in aviation, or like listening to inflight ATC communications, you’ve likely heard the term “squawk”. A squawk code is a four-digit code given by ATC to all aircraft in the airspace for communication purposes. However, squawk codes can also be used for important communications between aircraft and the ground.

The primary goal of a squawk code is to provide effective communication between the ATC and the aircraft. Prior to departure, aircraft will be given a squawk code, which will be used by ATC to direct the aircraft during its flight. This code will show up on ATC screens and helps provide basic information such as flight plan, speed, altitude, and more.

Squawk codes are four digits, with each being a number between zero and seven. This gives thousands of possible combinations for air traffic control to give to aircraft. There are a few reserved squawk codes, which we’ll come to a bit later.

At times, aircraft might be asked to change their squawk codes once airborne. This might be to better communicate with other towers or if entering restricted airspace. This means a flight might have multiple squawk codes depending on where it is flying and on what path.

At the heart of most aviation practices lies safety and squawk codes are no exception. These four-digit codes are very important to ensure aircraft separation, especially during takeoffs and landings.

Air traffic control uses squawk codes to monitor aircraft positions on information screens, ensuring that they do not break minimum separation while flying. Having the transponder off or inputting incorrect squawk codes can lead to a safety threat and security situation, as has happened in the past.

Squawk codes particularly helpful in crowded airspace, where ATC has to manage multiple aircraft simultaneously. Since most arrival and departure paths are already set, ATC must ensure that there are no aircraft in the vicinity.

Perhaps the most publicly known squawk codes are those used for emergency conditions. These three ICAO-assigned squawk codes can be used by any aircraft with a transponder to explain their emergency to flight controllers.

The first emergency code is Squawk 7500. This code is used to indicate that the aircraft has been hijacked and requires emergency support from security services and air traffic control. The code has become popular due to its use in movies, with movies 7500 and Flight 7500 alluding to the code in their titles.

The second emergency code is Squawk 7600. This code is used to communicate to air traffic control that the plane has lost communications with the tower. In the case that contact cannot be established, planes will be directed using aviation light signals. These light signals can be used to provide aircraft with clearance to land or to indicate unsafe conditions in case radio contact fails.

The third emergency code is Squawk 7700. This code is used to communicate all emergencies onboard a flight. Depending on the nature and severity of an emergency, flight crews may conduct checks before formally declaring an emergency. When squawk 7700 is declared, all nearby ATCs are also informed of the emergency and pilots can fly the plane as they see fit regardless of the rules.

One particular incident that stands out with squawk codes occurred during the 9/11 attacks in 2001. A Korean Air flight from Seoul-Incheon to JFK was forced to divert to Whitehorse Airport in Yukon, Canada following a miscommunication over squawk codes.

In an airline message from the Korean Air flight, the pilot included “HJK” in the message, a code for a hijacking. The messaging company quickly notified NORAD (the aerospace defense command) of the possible situation. ATC then asked Korean Air 85 to change in its squawk to 7500, the code for hijacking, as a way to check if the plane was indeed hijacked.

The flight crew changed the squawk code without any protest, unknowingly confirming suspicions that the plane might be hijacked. In reality, the plane was not hijacked and the change in squawk code had been done without understanding the meaning of the code. Considering the four plane hijackings and crashes just hours earlier, it was unsurprising the measures that had to be taken.

The possible hijacking caused massive panic, with cities in Alaska being evacuated and the Canadian Prime Minister authorized the plane to be shot down if it did not comply with orders from NORAD. Eventually, the plane landed safely and it was determined there was no hijacking onboard.

However, the incident did become prominent and a lesson in the importance of the emergency squawk codes.

Squawk codes serve an important purpose in ensuring communication and safety between the ground and aircraft. With more and more congested airspace, it remains important that squawk codes are correctly followed by ATC and flight crews. On your next flight be sure to find out your planes squawk code and follow along with ATC communications with ease! 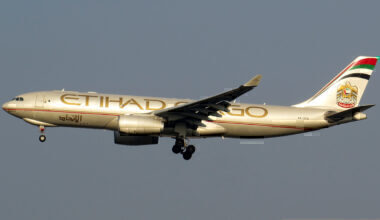 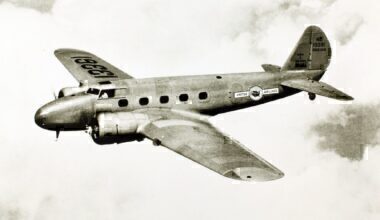 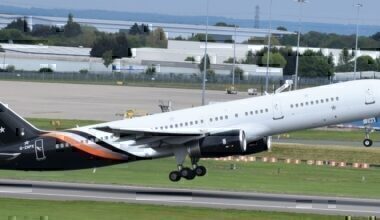 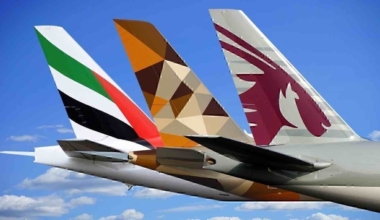