Investigating the cause of Sriwijaya Air’s deadly and devastating Boeing 737-500 crash, Indonesia’s air accident investigation service is looking into the aircraft’s autothrottle system, which manages engine power. The plane was reported to have had issues with this function days before the fatal incident on January 9th.

Investigators have been working hard to find the factors that contributed to the incident, in which the aircraft appeared to rapidly descend after climbing to 10,900 feet before losing radar contact.

According to data from FlightRadar24.com, PK-CLC dropped from 10,900 feet to just 250 feet in under a minute. The crew appeared not to have sent out a distress signal at any stage.

Aircraft had issues days before the crash

According to Reuters, Indonesia’s National Transportation Safety Committee (KNKT) had stated that days before the January 9th incident, a problem with the aircraft’s autothrottle system was reported.

An official with the investigations team made the following statement:

“There was a report of malfunction on the autothrottle a couple of days before to the technician in the maintenance log, but we do not know what kind of problem…If we find the CVR (cockpit voice recorder) we can hear the discussion between the pilots, what they talked about and we will know what is the problem.” -Nurcayho Utomo, KNKT, via Reuters

The autothrottle system is designed to automatically adjust fuel flow and thrust to maintain the path set by pilots.

Autothrottle issues appear to be the primary focus for now

While the autothrottle is what investigators are currently looking at, it is still yet to be officially confirmed if this function had an active part to play in the crash. However, the KNKT official noted that as far as he could recall, no other issues were raised in the maintenance log, adding that planes are authorized to fly without a functioning autothrottle system as it can be turned off and controlled manually.

However, according to information obtained by the Wall Street Journal, black box data shows that the autothrottle system wasn’t operating properly on one engine at some point during the 737-500’s climb. Instead of deactivating the system, data indicates that the pilots ‘tried to get the stuck throttle to function.’ As such, the power differentials would have made the aircraft difficult to control while potentially distracting pilots from maintaining safe flight.

As for the airline, Sriwijaya was unable to comment on technical matters involving the investigation.

Reuters notes that a preliminary report is expected within 30 days of the crash, in line with international standards. If these standards are adhered to, then we can expect this initial report around February 7th or 8th.

As for the aircraft-wreckage recovery, the 737’s flight data recorder (FDR) is continuing to be analyzed by investigators. However, an underwater search for the cockpit voice recorder memory unit is ongoing at the crash site in the Java Sea.

Particularly for experienced pilots reading this, what do you make of the report of autothrottle systems issues? Let us know your thoughts by leaving a comment.

Simple Flying reached out to Boeing for a comment on these autothrottle system reports. While we have yet to receive a response from the planemaker, Boeing will likely wait for official findings from accident investigators before issuing any kind of public statement. 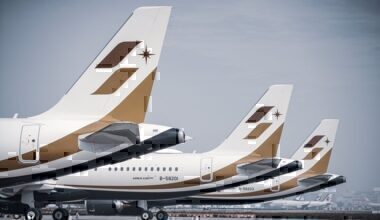 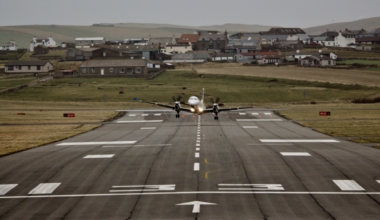