There’s nothing fun about being branded the ‘world’s most useless airport,’ particularly when that notion is so far away from the truth. But, despite four years of successful operations and barely a cancellation, Saint Helena Airport still struggles to shake the label.

In truth, this is perhaps the most important, lifechanging airport to have been built in many decades. I caught up with Gwyneth Howell, CEO of the airport and James Kellett, Compliance Manager, to uncover the truth about just how useful Saint Helena Airport (HLE) really is.

Becoming the world’s most useless airport

After 500 years of isolation, four years ago, Saint Helena finally got its very own airport. In the modern world, the opening of a new airport is a big deal; the opening of one in a place that has never had one before is huge.

It was for this reason that the eyes of the world were on Saint Helena Airport when, on a pleasant April day, hopeful future operator Comair arrived. The flight, using a Boeing 737-800, had a clear approach with barely a cloud in the sky. It performed a planned, wheels-up go-around, before coming in for a landing.

Just feet above the runway, the aircraft had a bit of a wobble. Quite a big wobble, as it happens. Despite seemingly regaining control of the jet, the pilot took the cautious decision to perform another go around, landing without issue on the second attempt.

While go-arounds are nothing unusual, happening daily at some of the biggest airports in the world, the Comair landing caught the attention of the media, and not in a good way. Headlines surged forth from the British tabloids, branding the airport ‘useless’ and ‘pointless.’ James recalled that time, saying,

“I think we’ve suffered from being a bit of a political football. We were sort of used as a punching bag for DFID and foreign aid. We’re not actually foreign. We’re about as foreign as the Isle of Wight!”

Regardless of the motivation, the label has stuck. But the truth is very far from that indeed.

The most useful airport in the world

Despite what the media would have you believe, Saint Helena Airport has proven its worth time and again over the past four years. This remote island, proudly British in its sovereignty but with its own nuances and culture, has, for centuries, been one of the most isolated places in the world.

You’d be forgiven for not knowing where Saint Helena is precisely. Here’s the island, with the airport on its eastern coast.

To put this in perspective, here it is again.

It’s 1,100 miles to the west of Africa, 2,000 miles to the east of South America, and its homeland, the UK, is more than 4,600 miles to the north. For 500 years, the island relied on shipping to supply it with goods and transport, but a trip to its nearest mainland port in South Africa would take six days. Thanks to the new air link, that journey has been reduced to just six hours.

I asked the airport CEO how she would respond to the accusation of being a ‘useless’ airport today. Gwyneth told me,

“I would say it’s the most useful airport in the world. We’ve proven that over the last four years. I think the amount of traffic and the different types of aircraft that have operated here, in particular the medevacs that we’ve managed to assist getting in and out of the airport and all the lives that we’ve assisted… I think it actually speaks for itself.”

To date, Saint Helena Airport has assisted in no fewer than 33 medevac flights, the first of which took place in June 2016. That flight whisked a newborn baby named Eli to South Africa for medical assistance. If he had had to wait for the ship to come back, it would have been weeks, and he may not have survived.

Other medevacs may not be so urgent, but are invaluable to the islanders, nonetheless. From routine surgeries to hospital transfers, even getting shipments of medicines urgently, the airport has improved and saved so many lives. It also supports medevac flights heading to neighboring Ascension Island, allowing aircraft to make technical stops on route.

Of course, Saint Helena Airport’s success is not limited to medical flights. Indeed, the airport has carved out a successful niche in passenger transport too.

Was there ever a problem landing at Saint Helena?

Some of the British tabloids claimed that Saint Helena Airport was impossible to land at. That idea has been proven wrong time and time again. Gwyneth told me how the airport has received everything from private execujets like Dassault Falcons, all the way up to the A318 and Boeing 757 landed recently by Titan Airways from the UK.

Sure, it’s a challenging approach. The runway is high, and bordered by two large rocks, locally called the King and Queen, on the eastern part of the threshold. Gwyneth explained,

“That actually creates turbulence… it causes a vortex on final approach.”

This was likely what the Comair 737 struggled with back in 2016, but since then, many pilots have successfully landed aircraft of all shapes and sizes at the airport. The airport CEO says that it’s all about training and that with the right skill set, there should be no issue landing. She said,

“If pilots haven’t been trained in category C conditions, which is unusual or sometimes challenging approaches, and they fly in here unprepared, then they’ll actually get quite a surprise. The pilots that come here have been trained. They know what to expect, they know when to expect it.”

SA Airlink, the island’s only scheduled operator, uses a select group of pilots to fly to Saint Helena, all of whom have specific training in the conditions that could be experienced. This is the key to successfully operating from the airport and makes it no trickier to land at than numerous other facilities around the world. James explained,

“To put it in perspective, this is no worse than Madeira or Gibraltar, both of which experience windshear. The main issue is knowing when you’re going to expect it and where it’s going to be. If you’re you trained for that and you’re ready for that, then on some days the windshear is negligible – it’s nothing. But we haven’t had a single delay or cancellation due to windshear.”

Saint Helena’s regular scheduled service with Airlink arrived and departed once a week, every week, throughout 2019. During that time, there was just one case of a delay or cancelation, and it was not to do with wind shear.

Having a regular air service between the island and the mainland is lifechanging for its residents. Not only can they now access the medical care and urgent supplies they need in good time, but they also have a link to the outside world. As its reputation continues to be shaken off and its worth proven, Saint Helena’s Airport has the potential to grow the island’s economy through tourism and trade, and to bring the friendly Saints that little bit closer to the rest of the world. 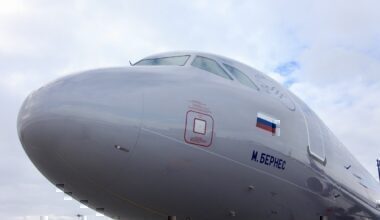 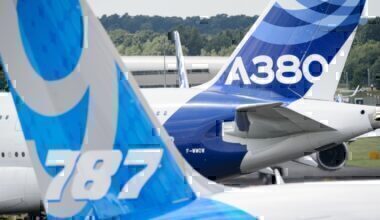 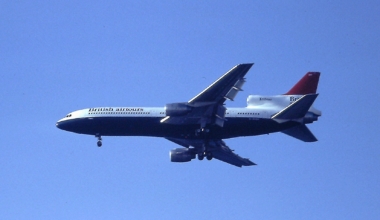 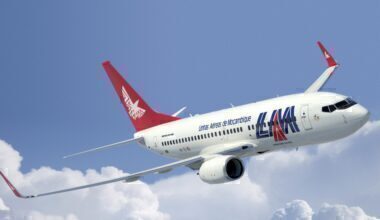