St. Pete-Clearwater broke monthly passenger records on three occasions last year, including December, thanks to adding two new airlines, multiple additional routes, and capacity growth on existing services. In the Christmas month, it celebrated 15 years of Allegiant service, with the ultra-low-cost carrier responsible for 97% of the airport’s capacity.

Located about 17 miles (27km) from central Tampa and well-positioned for the Tampa Bay area, St. Pete-Clearwater International Airport (IATA code: PIE) had a record-breaking December. It welcomed over 200,000 passengers, its busiest festive month ever, up by 2% over pre-pandemic December 2019.

According to the airport’s passenger statistics, it also had record passenger volume in June 2021 (4.6% higher than 2019) and July (+7.0%). And November was just 91 passengers short of being record-breaking. As a reminder of the pandemic, St. Pete-Clearwater welcomed just over two million passengers last year, 11% lower than in 2019.

As it is unusual for an airport to break records in the current environment, this monthly performance is great to see. Outdoor leisure destinations have seen a surge in leisure demand, and Florida is no exception.

Think St. Pete-Clearwater, think Allegiant. According to Cirium data, the ultra-low-cost carrier had 97% of the airport’s December seats, a reminder of just how dominant it is there. Significantly, Swoop and Sun Country began service, increasing the airport’s portfolio and route map.

In early November, Canada’s Swoop launched Toronto Pearson, marking the first international ﬂight to St. Pete-Clearwater since 2020. A few weeks later, Hamilton started. Looking ahead to March, there will be five weekly flights to Canada – the highest number ever.

Sun Country also began in November. It added the 1,307-mile (2,103km) link from its home airport of Minneapolis; it runs on Mondays, Thursdays, Fridays, and Sundays using B737-800s and B737-700s. Sun Country now serves ten airports across Florida, including Tampa itself. (In 2014, the carrier briefly served St. Pete-Clearwater from Gulfport-Biloxi.)

As shown below, some ten routes began (or restarted) last year, including the long link to Provo, Utah, with Allegiant. At 1,857 miles (2,989km), it is comfortably the longest route from St. Pete-Clearwater. Operating on Wednesdays and Saturdays, it has a block time to Utah of five hours – the third-longest route in the ULCC’s network by duration.

Have you flown to/from the airport? Share your experiences in the comments. 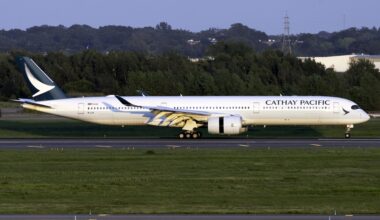 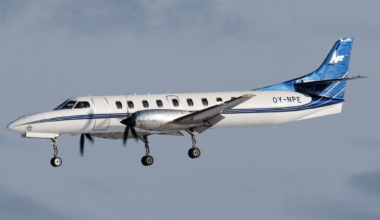