Taiwanese new kid on the block Starlux Airlines has decided to trade four of its Airbus A350-1000 orders for the smaller A350-900 version of the aircraft. Starlux had initially placed an order for 17 A350s back in March as part of an order that also included a bunch of leased Airbus A321neos.

Having had time to digest what it was getting into, the Taiwanese start-up has decided to retreat from the 12 A350s it had originally ordered. Starlux decided that it would be better suited to more of the smaller A350s and will now take eight A350-1000s and nine A350-900s according to a backlog revision carried out by Airbus.

With more capacity, you encounter a higher maximum take-off weight. While both aircraft use the same Rolls Royce Trent XWB engines, the ones on the A350-1000 have been modified to produce an extra 57 kN of thrust.

Producing more thrust means it also burns more fuel than the smaller A350-900. This means airlines need to think carefully about which version of the A350 is right for them.

Obviously, Starlux Airlines have crunched the numbers and made a decision. While the airline is still keen on the A350-1000, it seems the A350-900 version is more suited to some of its planned long-haul routes to Europe and North America.

While speaking to Business Traveller about the Starlux Airline A350 order chief commercial officer of Airbus, Christian Scherer said:

“With the A350 joining the fleet in 2021, Starlux will benefit from commonality by operating single-aisle and widebody aircraft together offering a seamless experience for both passengers and crew.”

Who is Starlux Airlines?

Describing itself as a detail-oriented luxury airline, Starlux Airlines is bucking the trend by targeting affluent business travelers. Almost every other new airline that comes along goes the no-frill, fast turnaround low-cost route, whereas Starlux Airlines has gone in the opposite direction.

Stewarded by former EVA Air Chairman and Boeing 777 pilot Chang Kuo-Wei, Starlux Airlines is aiming to be a luxury brand that will be competing against China Airlines and EVA Air.

Starlux Airlines has recently taken delivery of its first Airbus A321neo and plans to begin service on short-haul Asian routes starting in January next year.

Starlux Airlines certainly have the funding and knowledgeable chairmen at the helm, but I can’t help feeling that the upmarket route they are taking might not work. 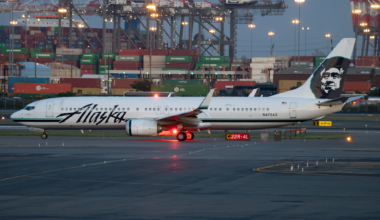 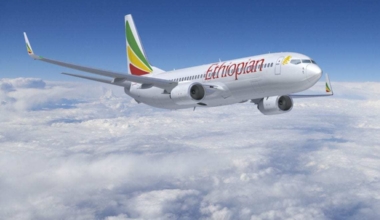