Today, the Brazilian startup ITA Transportes Aéreos received its first aircraft, an Airbus A320-232, ahead of its launch on March 19, 2021. The new management is preparing the airline to start operating commercial flights in the contested Brazilian aviation market.

The aircraft that arrived today in Brazil is an Airbus A320-232 registration PS-SPJ. Its previous registration was EC-LQK, when it operated for the Spanish carrier Vueling Airlines. The plane flew from Bergen, Norway, to Ciudad Real, Spain, where it stayed until yesterday.

Other plane, OE-IKJ, also formerly with Vueling departed from Ciudad Real to Brazil. On February 19, the Twitter of Ciudad Real Airport waved goodbye to OE-IKJ. It wrote,

“The airplane goes away to work with the Brazilian ITA. Have a good trip!”

From Ciudad Real, the A320, 17 years old, flew to Reykjavík in Iceland and later to Bangor, Maine. After that, it landed in Kansas City and finally in Natal, Brazil.

The airline held a live video of OE-IKJ’s landing on Instagram. This aircraft is the first of ten that ITA Transportes Aéreos will use as its starting fleet. The plan is to increase the fleet to 50 in the next few years, using the A320 family.

What has the airline said so far?

On Facebook, ITA Transportes Aereos said that this is a great first achievement for the airline. It wrote,

“It is with great pride that Itapemirim shares this historic achievement of Brazilian aviation with all of you. We’ve put all our love and dedication into connecting people to new experiences. The arrival of our first aircraft, an Airbus A320, is the result of the commitment of an entire team.”

The imminent launch of Ita Transportes Aéreos will “inaugurate a new concept in the Brazilian skies, without leaving aside its identity and always thinking about innovation,” the airline added.

ITA Transportes Aéreos was supposed to receive its first aircraft in January. Nevertheless, there was some delay with this. Now, we expect that the carrier will receive, in the following days, two more A320s, registrations EC-LQK and TC-JUG.

The Brazilian startup will start flying in March. The airline is currently working on its certification, hiring new personnel, and increasing its fleet size, according to its website.

ITA Transportes Aéreos is one of the two new Brazilian carriers set to begin operations in 2021. Additionally, it is one of at least seven Latin American startup airlines.

So far, ITA Transportes Aéreos is the startup that has advanced the furthest in its process to begin operations. The other carrier that is already moving forward is Ecuatoriana Airlines in Ecuador.

Despite the lack of information, we expect to have more news shortly about Nella Linhas Aereas in Brazil, Ultra Air and Starblue Airlines in Colombia, and VLU and Zenith Aero in Mexico. 2021 will be the year of South American startups.

Are you excited about Ita Transportes Aereos? Let us know in the comments. 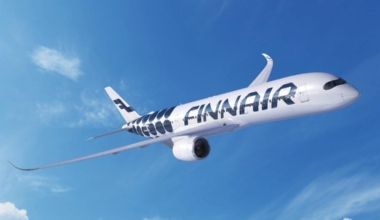 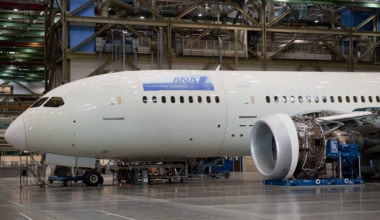 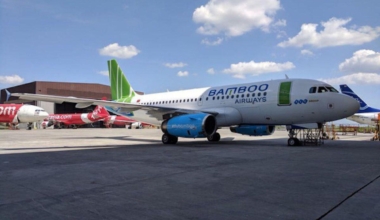 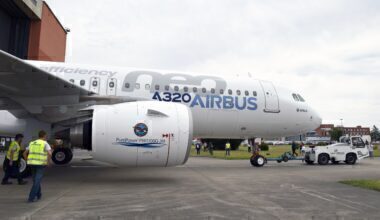