The Story Of David Neeleman And His New Startup Breeze Airways

David Neeleman is an aviation legend. Born in Sao Paulo, he has founded five commercial airlines, four of which are still operational and have become well-known names. His most recent startup, Breeze Airways, launched operations earlier this year in the face of the COVID-19 pandemic.

Few people can claim to have started as many successful airlines as Neeleman. His first airline adventure saw the launch of Morris Air with June Morris. The airline was launched in 1984, operating charter flights before branching out to scheduled flights in 1992. Two years later, the airline was acquired by Southwest. Morris Air operated the Boeing 737.

The next carrier to become associated with the Neeleman name was WestJet. The Canadian carrier was launched in June 1994. Like Morris Air, WestJet was a project between several parties and began operations with the Boeing 737. Today, the airline is Canada’s second-largest carrier.

Having founded Morris Air and WestJet with others, Neeleman’s third startup saw him going it alone. In 1998 he founded JetBlue under the name NewAir. The airline went on to commence operations under the name JetBlue in February. Unlike his last two airlines, JetBlue was launched with the Airbus A320 family. Today, the airline is one of the major US carriers and has recently branched out across the Atlantic to London.

After JetBlue, Neeleman decided to return to his roots for his fourth startup. Neeleman founded Azul Brazilian Airlines in 2008. Initially operating the Embraer family, the airline has branched out to the A320 family and even the widebody Airbus A330. Additionally, Neeleman had held a 45% stake in TAP Air Portugal, though this was sold last year.

Starting an airline is a breeze by now

This brings us to Neeleman’s latest creation, Breeze Airways. Remember how JetBlue was founded as NewAir? Neeleman took a similar approach with Breeze, which was initially founded as Moxy Airways in 2018. Like Azul, Breeze flew the Embraer family when it commenced operations in late May. Some of these even came from Azul.

However, things are set to change moving forwards. The airline is currently looking forward to its first of 80 Airbus A220 aircraft. Over the coming years, Breeze is set to become a considerable force in the aviation industry like the startups that preceded it.

Where is Breeze heading next?

It’s always impossible to predict where the future of flying will take us. After all, nobody foresaw the drastic impact of the COVID-19 pandemic. However, the people best placed to predict where things are heading are the aviation legends such as Mr. Neeleman.

You can hear from David Neeleman and other key industry figures at our upcoming event, the Future Flying Forum. Taking place on November 10th and 11th, the event is online and free to attend. Each day will contain keynote interviews, along with a series of breakout discussions where you can get involved. Each day will end with the Simple Flying Avgeek Quiz, with an array of fabulous prizes to be won.

David Neeleman will close the event with a talk starting at 18:00 on November 11th, entitled Defying all odds – Breeze Airways.

You can grab your free boarding pass for the Future Flying Forum now. 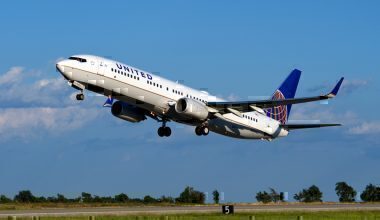