Today, France is a key center in the world of aircraft manufacturing. It is home not only to European juggernaut Airbus, but also the likes of turboprop manufacturer ATR, and business jet and military specialist Dassault. However, if you look a little further back in history, the name Sud Aviation also crops up. It made history in the 1950s by producing the first jetliner specifically for the short to medium-haul market: the SE 210 ‘Caravelle.’

An appeal for a new airliner

The story of the Sud Aviation SE 210 ‘Caravelle’ dates back to the early post-war years. In the aftermath of the Second World War, various French aircraft manufacturers had commissioned studies into new medium-range airliner designs. However, these companies did not have the means to embark on such a project independently, so nothing arose immediately.

However, when a new decade rolled around in the form of the 1950s, the French civil aircraft committee (Comité du matériel civil) appealed to the industry to submit such designs. The committee wanted manufacturers to propose 55 to 65-seaters that could cruise at 600 km/h (320 knots) for a range of 2,000 km (1,100 NM). By March 1952, it had a shortlist.

Interestingly, the three designs shortlisted each had a different number of engines. The SNCASO S.0.60 had four, the Hurel-Dubois submission had two, and the SNCASE X-210 slotted nearly in between them with three. However, the Secretariat General for Civil and Commercial Aviation (SGACC) requested that SNCASE redesigned the X-210 to have two engines.

The need for this rethink came about after Rolls-Royce developed a more powerful version of its Avon turbojet. This rendered any more than two engines somewhat obsolete. Following SNCASE’s submission of a redesigned two-engine X-210, it was awarded the contract for the new airliner in September 1952. The Caravelle had been born.

Less than a year after awarding SNCASE the contract, SGACC placed an order for two prototypes and a further two test airframes. SNCASE had previously worked with de Havilland, and drew inspiration from the company’s DH.106 ‘Comet’ jetliner while developing the Caravelle. Of course, the Comet was the world’s first jetliner, entering service in 1952.

For example, the Caravelle’s nose and cockpit designs were licensed copies of those found on the Comet. SNCASE revealed the first prototype to the public in April 1955, and it took to the skies for the first time the following month. In fact, the aircraft’s first flight was 66 years ago this week, having occurred on May 27th, 1955. It lasted 41 minutes.

1956 was a momentous year for the Caravelle program. It saw the second prototype take its own first flight (May 6th), as well as receiving its first order. This came from Air France. The French flag carrier’s order was followed in 1957 by one from Scandinavian Airlines (SAS).

Both prototype aircraft had accrued over 1,000 flight hours by October 1956. Its trials took it across Europe and North Africa, with North and South America being added to the logbook in 1957. This year saw the second prototype accumulate around 2,500 flight hours.

By the time the Caravelle entered commercial service, its manufacturer had changed names. This was because SNCASE had merged with SNCASO and other manufacturers in 1956 to form the wider Sud Aviation group. Nonetheless, its original manufacturer’s name remained subtly present in the form of the ‘SE’ prefix in ‘SE 210 Caravelle.’

Despite Air France being the first airline to order the aircraft, SAS became the first to fly it commercially, doing so on April 26th, 1959. Air France followed shortly after, and the four years that followed represented a whirlwind of sales to operators worldwide.

Indeed, within four years of its commercial introduction, airlines had purchased a total of 172 Caravelles. Sud Aviation ultimately ended up producing 280 (alongside the two prototypes) from 1958 to 1972. It flew in every inhabited continent, at operators including:

Sud Aviation made multiple different variants of the Caravelle throughout its production cycle. The smallest versions were the Caravelle I, III, and VI models. These 32-meter long jets were powered by Rolls-Royce Avon turbojets, and seated 90-99 passengers five abreast. They also had the lowest maximum range, topping out at around 2,500 km (1,350 NM).

Meanwhile, the Caravelle 10 and 11 models were up to a meter longer, and seated 99-118 passengers. Their maximum range was 3,300 km (1,800 NM), and, like the Caravelle 12, they were powered by Pratt & Whitney JT8D turbofans. However, the Caravelle 12 was even larger, stretching over 36 meters long and holding in the region of 131 passengers.

The Sud Aviation Caravelle entered service not long after some of its generation’s other defining jetliners. We have already established that the de Havilland Comet was introduced commercially in 1952, and the Boeing 707 also entered the fray in 1958. The Douglas DC-8 also got in on the act in September 1959, less than five months after the Caravelle entered service.

And yet, when it comes to discussions about the aircraft that defined the jet age, this French design tends to be absent. It is true that its 282 units represented a poorer sales showing than the 707 (856 units) and DC-8) 556 units. This is partially because Sud instead focused its attention on developing a supersonic ‘Super-Caravelle.’ This ended up being a factor in the development of Concorde, when Sud was merged into Aérospatiale.

While history may have quietly forgotten the Caravelle, it is important to highlights its legacy and diverse operational history. We have seen from the earlier list that it served all over the world, and its career spanned nearly half a century. The last example didn’t retire until 2005, 46 years after the type entered commercial service and 50 since its first flight.

What’s more, the aircraft was a world first that laid the foundations for future designs. Specifically, it was the first jetliner designed specifically with shorter-haul operations in mind. Its rear-mounted engines also set a precedent for the designs of several successful regional and short-haul jet families that followed it. While it may not be considered era-defining like the Comet or 707, it certainly deserves its place in the history books.

Did you ever fly on a Sud Aviation SE 210 ‘Caravelle’? If so, how did you find the experience? Let us know your thoughts and memories in the comments. 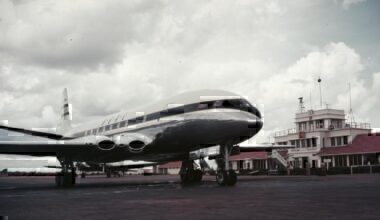 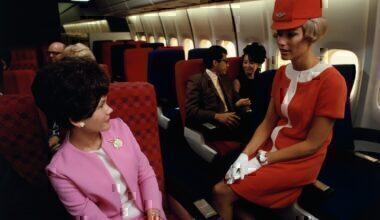 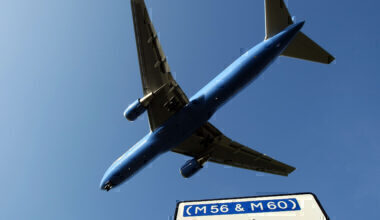