Two Boeing 737s were damaged following a severe thunderstorm on September 17th at Minneapolis−Saint Paul International Airport (MSP) in the US. The aircraft belonged to the ultra-low-cost carrier Sun Country Airlines and suffered damage after sliding into each other and two jet bridges.

According to the National Weather Service of the US, Minnesota and western Wisconsin were hit by strong tornadoes early Friday morning. A wind gust of 64 mph was recorded at around 3:15 am local time at the MSP International Airport that serves the major metropolitan area of Minneapolis and Saint Paul.

The force of the winds was so strong that two Boeing 737 airplanes belonging to Sun Country Airlines slid into each other and slammed into jet bridges, despite being secured with wheel chocks. The extent of the damage to the airplanes is unknown as of now, and no one was reportedly injured. However, there were reports of storm-related damage to other structures, vehicles, and equipment at the airport.

Wind gusting to 64 mph overnight has caused damage to structures, aircraft, vehicles, and equipment at MSP. Sun Country 737s N814SY and N833SY slid into each other, and jet bridges H3 and H4 were damaged.

Just last month, MSP Airport recorded the highest daily rainfall total of 2021. It resulted from another storm hitting the region on August 24th with wind gusts in the range of 40-63 mph along with lightning and hail.

As reported by Kare 11, a spokesperson of the airline said that the two planes involved in the incident have been removed from service and replacement aircraft arranged for ongoing flights. The spokesperson told Kare 11,

“We are currently investigating the incident and do not know the extent of the damage at this time.”

Sun Country Airlines is based at MSP Airport and operates an all Boeing 737 fleet. The two aircraft damaged in the incident are the 737-800 variant with registration numbers N814SY and N833SY. According to Radarbox.com, N814SY flew into MSP Airport from Las Vegas, landing at 07:02 pm local time on September 16th, while N833SY landed the same evening at 11:15 pm local time after an almost three-hour flight from San Diego.

There have been other incidents in the past when weather conditions at airports have been a nuisance for airplanes.

In June 2021, five Airbus A320neos were damaged at Ahmedabad Airport in India following an unexpected storm. Three of those airplanes belonged to IndiGo and two to Go First, both low-cost carriers. Thankfully the damage was not severe, and the planes were operational again after repairs and checks.

In December 2020, a Spirit Airlines A320neo skidded off a taxiway at Baltimore/Washington International Airport, arriving after an overnight flight. The airplane performed a normal incident-free landing during snowy weather and began following taxi instructions soon after.

As it took the second turn after leaving the runway, it slid off the taxiway and entered soft ground at the side. Thankfully, nobody was hurt, but the aircraft remained stuck for quite a while before being towed out.

Have you ever encountered severe weather during landing or take-off? If yes, do share your experience in the comments section below. 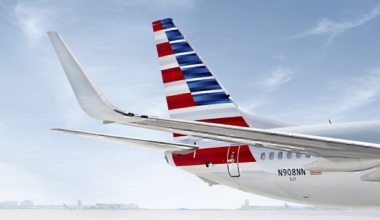 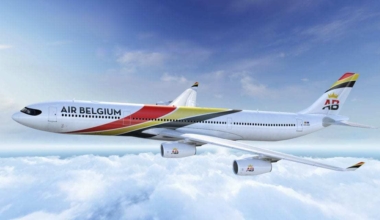 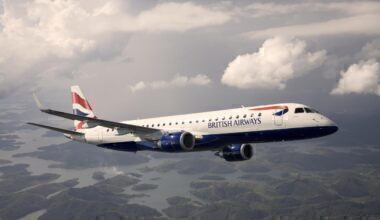