What Happened To Swissair’s Boeing 747s?

Swissair served as Switzerland’s national airline for more than seven decades, from 1931 to 2002. This period saw a raft of different aircraft types come and go from its fleet. Among these were a small number of Boeing’s iconic 747. But what happened to Swissair’s ‘Queens of the Skies’ once their time at the airline had come to an end?

The first 747 variant that Swissair received was the -200, of which, according to Planespotters.net, it operated two examples. The 747-200 had a greater fuel capacity and more powerful engines than the original -100. Additionally, its upper deck typically featured 10 windows on each side, as opposed to three on the -100.

Swissair’s first 747-200 bore the registration HB-IGA, and the name Genève. It arrived brand-new in January 1971, and spent more than 13 years at the airline. After this, it transferred to Sweden’s Salenia in 1984, from whom it was leased to Air National and Egyptair. Spells at TWA (twice), Nationair, Saudi Arabian Airlines, and Aerolineas Argentinas followed before it fell into the hands of Pegasus Aviation. It has been in storage at Marana Pinal Airpark since November 1999.

Hot on the heels of HB-IGA came HB-IGB, which arrived bearing the name Zürich in March 1971. This aircraft was also at Swissair until 1984, after which it spent a decade chopping and changing between airlines. These included Kansa-Yhtiot, National Airlines (twice), Egyptair, TWA, Nationair, Air Atlanta Icelandic (twice), and Saudi Arabian Airlines. Wells Fargo Bank Northwest became its final owner in 1994, and it was broken up in 1998 at Ardmore Municipal Airport.

Swissair’s next 747 variant was the -300M combi, which, with three examples, became the airline’s most common version. HB-IGC and HB-IGD both arrived in March 1983, bearing the names Bern and Basel respectively. Interestingly, these aircraft had very similar fates. After 16 years, both left the airline in 1999. After two years at Boeing Capital Corporation, they came into the ownership of Northwest Airlines, before being scrapped aged 28 years old in 2011.

Swissair’s final 396-seat 747-300M arrived at the airline a little later, in December 1987. HB-IGG, named Ticino, also left the airline in 1999, having accumulated 12 years of service at Swissair. Its next owner was the First Security Bank of Utah, although TAAG Angola acquired the aircraft six months later, just before the turn of the century. After just over a decade of service, TAAG withdrew the aircraft in 2010. It was placed into storage in Johannesburg, and scrapped in 2016.

Finally, Swissair also operated two examples of the 747-300. These arrived shortly after the aforementioned -300M combi aircraft, with the first being N221GF in November 1983. This aircraft was re-registered as HB-IGF and named Zürich a decade later.

The aircraft left Swissair for South African in 2000. It later flew for Air Atlanta Icelandic (four spells), Saudi Arabian (twice), Iberia, Air Algérie, Garuda (twice), and Air Atlanta Europe (twice). In March 2008, during its final spell at Saudi Arabian, it was damaged beyond repair in Dhaka, Bangladesh after an engine fire. It was broken up there just over two years later.

Swissair’s final standard 747-300 arrived a month later, in December 1983. It bore the registration N221GE and the name Genève. This aircraft also underwent re-registration to HB-IGE in 1992. It left Swissair for South African in September 2000, where it spent just three years. It then came into the ownership of US Bank in September 2003, and was later scrapped.

Did you ever fly on a Swissair Boeing 747? If so, when did you do so, and where did the flight take you? Let us know your thoughts and experiences in the comments! 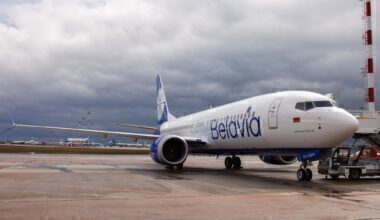 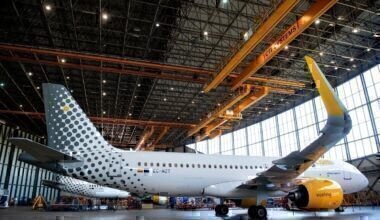 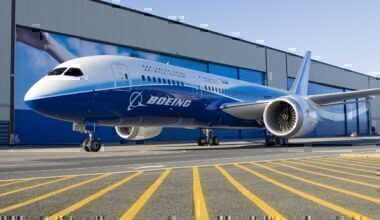 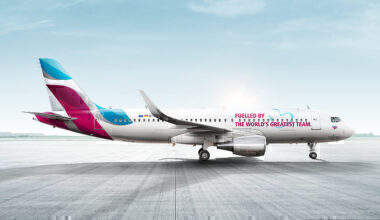