It hasn’t even been a year since Canadian low cost carrier Swoop began flying passengers. However, on May 31st, 2019 the Westjet-subsidiary found itself celebrating its millionth traveler on a flight from Edmonton, Alberta to Hamilton, Ontario.

The passenger(s) counted as the millionth were William and Emily Burchat, who became the lucky recipients of a round-trip for two on Swoop. The couple was on a family trip, taking their twin infant daughters to meet the grandparents. The couple also received a commemorative Swoop branded model aircraft.

When asked about their Swoop experience, here is what the couple had to say:

“It was an awesome experience. They were all super helpful, every single one of them. Their prices are cheap, but the quality isn’t. We save as much money as we can to give them (the twins) a better future. Every penny counts with them…Both of us and the girls flew here for half the price it would have cost,”

Remarks from the airline and airport

“Reaching one million passengers is a monumental achievement for Swoop and affirms that Canadians are embracing low-cost travel… This accomplishment is particularly impressive considering the airline has only been operating for 11 months. We are so thrilled to be Swoop’s base in Eastern Canada and look forward to welcoming even more Swoop passengers to our airport in the coming years.”

Swoop began in June 2018 with an initial fleet of three aircraft serving five Canadian cities but over the last year the airline has grown, expanding service to include 16 destinations across four countries.

“The best compliments we receive are affirmations from word-of-mouth referrals…Of those who try us, more than 94 per cent say they would fly with Swoop again. This kind of awareness and endorsement has been our biggest ally in bringing more affordable air travel to everyone.” -Karen McIsaac, Sr. Advisor of Communications for Swoop

Swoop is a low cost carrier that is owned by Canadian airline WestJet. The budget carrier uses a fleet of Boeing 737-800 Next Generation aircraft. According to Wikipedia, they currently have seven of these aircraft with plans for eventual expansion.

According to a Business in Vancouver article, doubts have been cast about Swoops sustainability as a low cost carrier – especially after the sale of Westjet to the Onex Corporation. However, in a May conference call, WestJet CEO Edward Sims was optimistic about Swoop’s operations, saying:

“We’re pleased with Swoop’s performance as it continues to do exactly what it was designed to do.”

However, the company’s CFO, Harry Taylor did not share the same positivity saying:

“Swoop was weaker than we expected and would have liked… The shoulder seasons have proven to be more variable…. awareness is so low.”

Vancouver-based Canada Jetlines executive chairman Mark Morabito told Business in Vancouver that he sees Westjet continuing to battle its main rival Air Canada and other major carriers in the international market. “If that is correct, they will abandon the money-losing Swoop, which is attracting regulatory scrutiny,” Morabito says.

In fact, the Competition Bureau of Canada, is investigating whether Swoop has been offering airline tickets below cost as a way to stop rivals like Canada Jetlines, from being able to compete.

Have you flown Swoop before? What was your experience like? Let us know by leaving a comment! 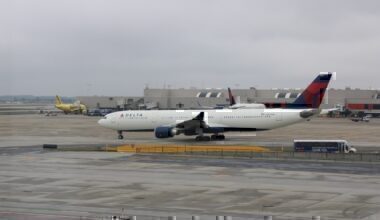 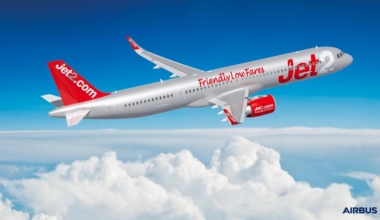