Yesterday, a TAP Air Portugal Airbus A330neo sustained damage after a ground collision at Osvaldo Vieira International Airport (OXB) in Guinea-Bissau. The impact with a lamppost while taxiing caused the aircraft involved to lose one of its wingtips.

Portuguese flag carrier TAP is one of two airlines to fly from Lisbon to Osvaldo Vieira International Airport, along with euroAtlantic Airways. OXB serves Bissau, which is the capital of Guinea-Bissau, in West Africa. Yesterday, TAP flew an Airbus A330-900 on this route, touching down around half an hour late at 13:50 local time.

However, it appears that the aircraft ran into trouble while taxiing from OXB’s runway 03/21 to its stand. Indeed, Portuguese news site RTP reported that, while undergoing parking maneuvers, the flight in question struck a lamppost with its wingtip. This ground collision damaged the aircraft, causing its left ‘sharklet’ to be sheared off by the impact. The airline confirmed to Portuguese news agency Lusa that:

“The 232 passengers who were onboard disembarked smoothly, and their safety was never at stake. The causes will be properly investigated.”

RTP added that, with the plane unable to leave Bissau, the airline was sending a replacement aircraft out to operate the return flight back to Lisbon. This would also allow a maintenance team to travel there to undertake the necessary repairs to the aircraft to return it to service. Thankfully, the plane’s damage is not so severe.

The plane that was the subject of the aforementioned ground collision incident was an Airbus A330-900 with the registration CS-TUJ. According to Planespotters.net, this aircraft is just under two years old, having arrived at TAP in July 2019. In addition to its registration, it also bears the name D Maria III, after a former Portuguese queen.

SeatGuru reports that TAP’s A330-900s have a capacity of 298 passengers. This figure consists of 34 business class flatbeds, 96 extra-legroom ‘Economy Xtra’ seats, and a 168-seat economy class section. With 232 passengers having been onboard the affected flight, this gave the service a relatively healthy load factor (under the circumstances) of 78%.

As we have established, the aircraft that lost its wingtip in the ground collision in Bissau was an Airbus A330-900. This design is the larger of the two variants in Airbus’s next-generation A330neo (‘New Engine Option’) family. TAP Air Portugal is a significant airline for the type, having launched it commercially in December 2018.

Today, Planespotters.net reports that TAP’s fleet features 19 examples of the A330-900. However, this is not the only ‘neo’ aircraft that sees service on its route between Lisbon and Bissau. Indeed, data from RadarBox.com shows that the single-aisle A320neo has also operated this flight since it restarted on March 30th after a five-month hiatus.

The stretched-fuselage A321neo has also previously operated flight TP1477, although not since the service restarted just over a month ago. Specifically, its last rotation on the route took place on October 17th, 2020. Overall, if you’re wanting to experience some of TAP’s newest aircraft, its route between Lisbon and Bissau seems a pretty safe bet!

What do you make of this incident? Have you ever flown on one of TAP’s A330neos? Let us know your thoughts and experiences in the comments. 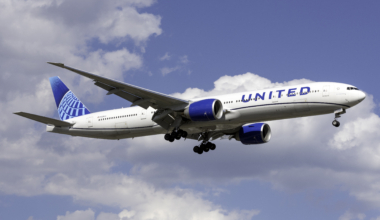 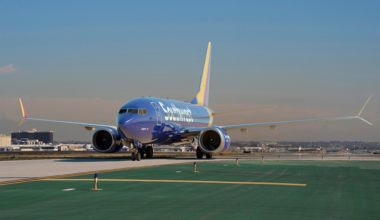