It was announced on Thursday that struggling Thai Airways International (THAI) could file for bankruptcy as an option to enable its rehabilitation. Ministers have discussed plans to save the national carrier, but ultimately the decision will be made by the cabinet.

The rehabilitation plan could secure a $1.7bn loan

In a report by the Bangkok Post, Thailand’s Finance Minister, Uttama Savanayana, said that the government could be open to the option of THAI filing for bankruptcy. Rehabilitation of the airline, in which the government is a 51% shareholder, could be enabled by an order from the bankruptcy court, or by the State Enterprise Policy Committee approving a rehabilitation plan.

However, the final decision will be made by the cabinet. Mr. Uttama said,

“The Finance Ministry and the Transport Ministry…have discussed the development of a rehabilitation plan, but it will eventually depend on the decision of the cabinet, which will choose the best option for Thai Airways and all parties involved.”

If the cabinet approves a rehab plan, THAI could secure a short-term loan of $1.7bn. The loan can be used as working capital and to finance operating expenses during its rehabilitation.

Mr Uttama says that time has run out, and the operator must change. While all parties try their best to solve the problem, there must be serious co-operation between them.

PM on board with rehab plan

In an update today, the Bangkok Post reports that, after a meeting on Friday, Prime Minister Prayut Chan-o-cha has agreed to the move to rehabilitate THAI. It was only on Wednesday that the PM signaled that the carrier was not about to file for bankruptcy.

Mr Anutin said that, in terms of policy, a conclusion needed to be reached soon. He added,

“The Prime Minister says the airline should go for rehabilitation. We also have the COVID-19 situation. I think it is the only path. Everyone has to take a step back so that we can move forward.”

Deputy Prime Minister, Anutin Charnvirakul, said that several internal rehab plans have been conducted, but with no success. One new option involves debt rehabilitation, with each of the lenders providing $300,000 or more. The proposed plan will have to be decided by THAI’s shareholders.

The State Enterprise Policy Office is expected to consider the rehabilitation plan on Monday.

Thai PBS World reports today that THAI has debts of more than $7.6bn, of which $677m should be repaid this year. However, the airline’s cash flow is just $674m.

As reported by Simple Flying, the restructuring of THAI under the government rehabilitation plan will involve cutting down the size of its fleet. Spending cuts will also mean job losses as the carrier strives to survive.

A total of eight Thai airlines have asked for government bailouts. While there is a glimmer of hope on the horizon for THAI, it looks like its future will be decided one way or the other next week.

Simple Flying reached out to THAI for comment, but none had been received at the time of publication. We will update the article with any further announcements.

What are your thoughts on THAI’s bankruptcy prospects? Let us know what you think in the comment section. 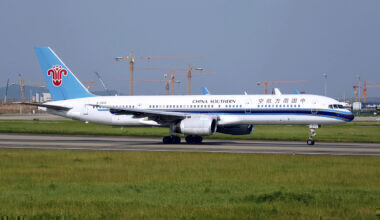 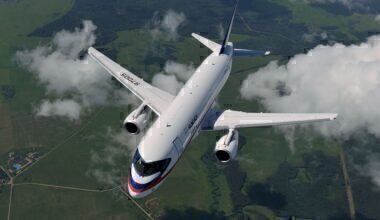 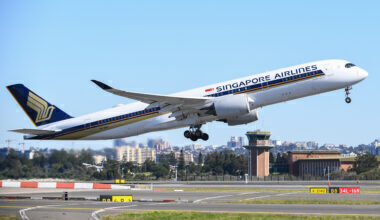