Depending on how you spin it, Thai Airways International either posted a net operating loss of US$658 million or a net profit of US$1.56 billion for the nine months to September 30. The loss seems relatively clear-cut, but Thai technically posted a net profit if you factor in one-off gains (or savings) from the ongoing rehabilitation process.

Meanwhile, the auditors declined to express an opinion on the financial statements. Welcome to the wild and wonderful world of restructuring Thai Airways.

Operating expenses for the nine months to September 30 totaled US$1.11 billion, down 53.3% on the same period last year. But owing to the airline’s court-approved rehabilitation plan, a series of one-off gains added US$2.2 billion to the balance sheet and pushed Thai Airways into the black.

Notably, Thai Airways recorded a windfall of US$1.85 billion from “debt restructuring.” This more than offset a one-off cost of US$563 million for loss on aircraft, right-of-use assets
and aircraft spare parts and a US$342 million one-off foreign currency exchange loss.

Auditors decline to express a conclusion on Thai’s financial statements

Thai’s auditors, Deloitte Touche Tohmatsu Jaiyos, declined to express a conclusion on the financial statements. They said this was due to three reasons: a lack of liquidity and default of debt payment, the effect of coronavirus on the operations of the Group, and Thai entering into the rehabilitation process.

After entering into bankruptcy protection in May 2020, Thai has defaulted on many liabilities due, including trade accounts payable, short-term borrowings, debentures, and lease liabilities. Later on Monday, Thai Airways confirmed a temporary trading suspension pending further clarification following the auditor’s decision.

The Thai Government sold down its majority stake in Thai Airways last year, smoothing the way for the airline to enter the rehabilitation process.

Thai Airways says the auditor’s decision isn’t due to queries about the accuracy of the financial statements. Instead, owing to the three reasons stated, Deloitte Touche Tohmatsu Jaiyos aren’t confident Thai Airways is a going concern.

While now operating some limited flights, for much of 2021, Thai Airways and its low-cost subsidiary ThaiSmile operated very few flights, having clear implications one the bottom line. But the recent Phuket Sandbox is giving the airline group some uplift, albeit weak.

Thai Airways is determined to stay the course

Since then, other parts of Thailand, including Bangkok, have cautiously reopened to international travel. Thai Airways is cautiously optimistic, resuming flights on 36 international routes covering Asia, Europe, and Australia this quarter.

Despite the auditors’ reservations, the airline says they remain determined to chart a course through the business rehabilitation plan and emerge a viable ongoing proposition. But 18 months into the rehabilitation process, progress remains painfully slow, and one-ff cost savings boosting the bottom line remain a short-term financial band-aid. 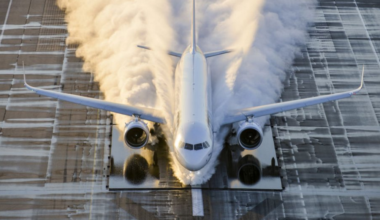 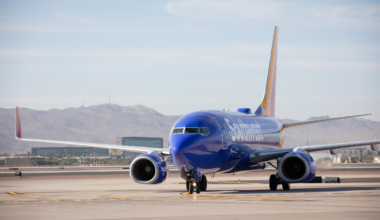 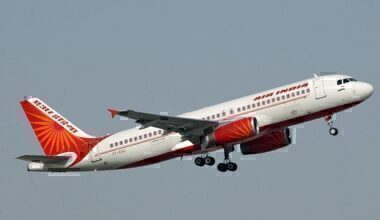