In Pictures: A Look Inside Thailand’s Airbus A330 Coffee Shop

About 160 kilometers or 100 miles south-southeast of central Bangkok (Thailand), you’ll find an old Airbus A330 that’s been converted into a coffee shop. Home of “331 Station Coffee War,” the old Airbus widebody, located in Sattahip, was so popular last year that it was even ordered to close after going viral on social media. Let’s look at the aircraft-turned-coffee shop in a series of photos.

Pattaya News notes that a Mr. Damri Sangtang, a former Royal Thai Navy officer, is the owner of the business. Sangtang’s history as a member of the military may offer a clue as to part of the business’ “Coffee War” name. The 331 portion of the name appears to come from the fact that it’s located on Road No 331.

According to The Thaiger, the decommissioned Airbus A330 cost 10 million Thai baht – which roughly converts to just over $333,000. Stripped of its engines, most of its passenger seating (and likely much more), the aircraft sounds like a deal considering the $240 million list price for a new jet (even if that figure is typically overinflated).

Of course, the fact that the plane doesn’t do what it’s mean to do (fly) is probably the reason behind the steal of a deal. We’re guessing that the previous owner simply wanted to be rid of it, not wanting to pay for the scrapping fees.

Whatever the circumstances might have been that led to the aircraft purchase- it looks like it turned out to be a worthwhile purchase, given how popular the shop has become.

In fact, at the end of June last year, the coffee shop was ordered temporarily shut down after it became too popular. Apparently, the aircraft cafe went viral on social media and thus was drawing thousands of customers a day.

While it’s not a crime for a business to be ‘too popular,’ it is a concern during a worldwide health crisis, where close human interaction in confined spaces can lead to the spread of disease. Thus, public health officials had to ask the coffee shop to close for a week, hoping that the pause would help to cool down enthusiasm and hype around the old jet.

With coffee at the cafe costing as little as 60 baht ($2.00), the next-to-nothing cost of entry seems like a great deal. It’s no wonder why it’s become so popular.

In order to ensure the health and safety of customers, the cafe reportedly conducts temperature checks, requires the wearing of masks, and regularly disinfects surfaces. Only 60 customers are permitted “on board” at any one time, for a maximum of 40 minutes.

Before it was a coffee shop

The Airbus A330-300 once flew with Thai flag carrier, Thai Airways, registered as HS-TEA. The jet was delivered new to the airline in 1995 and was configured to seat 42 in business and 263 in economy class.

The jet was withdrawn from use in March of 2015 and then stored at U-Tapao–Rayong–Pattaya International Airport (UTP) airport in May of that year. UTP is a common storage airport for Thai’s unused jets. Interested in other aircraft re-purposing stories like this? Check out the 727-turned-event-space, and the 737 converted into a cabin.

If you were in Thailand, would you go out of your way to see this coffee shop? Let us know in the comments. 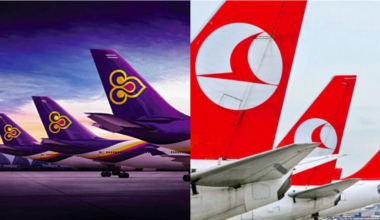 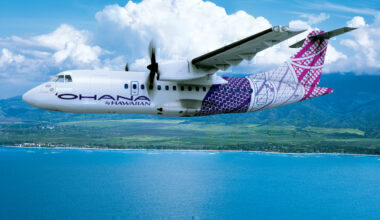 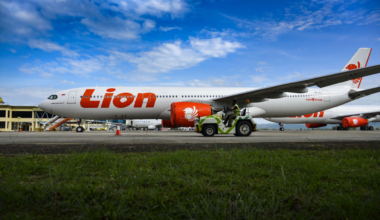