Today, twinjet aircraft are increasingly becoming more commonplace on long-haul routes. However, at a time, there were concerns about the safety of only having two engines on longer distances, especially over the oceans. This factor is a worry that Airbus once played into.

Previously, many people felt that four-engined aircraft were safer in the event of engine failure. Boeing Frontiers shares that in a bid to promote the A340 over Boeing’s 767 and 777 jets, Airbus released an advert in 1999 that was subsequently pulled. The promotion implied that twinjets were not as safe as their counterparts.

The European manufacturer created the first twinjet widebody to enter commercial operations with the A300. Moreover, several operators chose to deploy A310 and A330 aircraft on transatlantic services. Despite this, the company decided to focus on the alleged benefits of quadjets on transoceanic flights for its A340 campaign.

The firm’s advert claimed the following:

Three years later, Airbus upped the propaganda ante yet again with its “4 engines 4 long haul” campaign. The feeling was that passengers on a twinjet could get stranded in an airport in the middle of an ocean. Meanwhile, those on a quadjet could continue on to their intended destination.

However, former Boeing Commercial Airplanes vice president of marketing Randy Baseler was keen to defend the twinjet. He emphasized that if an engine stops working on any aircraft, often, the safest option is to land at the nearest airport.

Above all, Boeing shared that the matter is about getting passengers where they want to go but in the most reliable way possible. Baseler felt that this factor is why many airlines chose the 777 during this period. He added that records showed that the number of turnbacks and diversions for the A340 was double than that of the 777.

Evolution in the industry

It is important to have a look at the role ETOPS certifications have played over the years to understand the safety debate when it comes to both engine setups. Different institutions have slightly different variations of what ETOPS stands for, and the wording has changed for certain bodies over time. However, currently, for the Federal Aviation Administration (FAA), it is short for Extended Operations.

Previously, the FAA had a rule that restricted twin-engine planes to a 60-minute diversion area. This figure was based on the piston engine reliability during this period, but the policy had some flexibility in special cases.

Ultimately, this ruling limited flights across oceans to three- or four-engined propeller aircraft. Altogether, by the time jet engines became all the rage in the 1960s, and their deployment was enhanced in the 1970s, this policy became outdated.

Subsequently, in 1985, Trans World Airlines was given a special allowance to operate its twin-engine Boeing 767 across the Atlantic from Boston to Paris. This move saw the first ETOPS certification rating provided, which was ETOPS 120 minutes. Therefore, aircraft that meet these criteria could be in the air for up to two hours from an alternate airport.

After three years, this number was increased to three hours. Subsequently, after 12 years, 207-minute ETOPS flights became available on a case-by-case basis for Boeing 777 trips across the North of the Pacific Ocean. ETOPS 240 was given to the Airbus A330 in 2009. Currently, ETOPS certifications go as high as ETOPS 370 with the Airbus A350.

So, even though there were initial questions about the safety of twinjets when it came to long-distance services, ETOPS certifications eradicated these concerns. Between 1985 and until 2002, across three million ETOPS flights, no twinjet had been lost during the ETOPS portion of the trip. This is the part of the journey when the plane is farthest from an alternate airport.

During a period of seven years leading up to 2002, the Boeing 777 twinjet had only one diversion for inflight engine shutdown during the ETOPS part out of over 300,000 services. Moreover, Boeing highlighted that the bigger 777-300ER had 18% lower operating costs per customer than the A340-600 on the same route.

“Obviously, we have proven that twin-jet long-haul flights can be done — and done safely — so why waste precious resources by adding two engines that aren’t needed? In the case of the A340-600, those two extra engines add a 20 percent higher fuel burn per passenger over the 777-300ER,” Baseler said, according to Boeing Frontiers.

Additionally, the introduction of the ETOPS program has enhanced flying safety across the board. For instance, to keep their certification, carriers must perform additional maintenance and monitoring procedures on their aircraft used for ETOPS services.

They are also required to regularly share information on the causes of diversions and turnbacks. This process assists in identifying trends and helps to reduce negative recurrences. Furthermore, by seeing the benefits of these enhancements, airlines have been applying them to other fleet members. This procedure helps operators to reduce costs.

Presently, the twinjet is standing the test of time. Several airlines have been letting go of their quadjet widebodies in favor of more fuel-efficient two-engine options. It is also cheaper to maintain twinjets as each engine requires separate servicing, documentation, and certification.

Many airlines were already planning to phase out their 747 and A380 jets by the time this decade is over. However, the tough conditions of 2020 are catalyzing the retirement of these quadjets.

Notably, one of the most popular long-haul twinjets in the world right now is an Airbus aircraft in the form of the A350. Several carriers are opting to deploy this widebody over four-engined options on transoceanic services. Furthermore, by 2021, the planemaker is set to shut down operations of the A380. This aircraft is its only quadjet still in production. Therefore, it’s unlikely that the firm will be having the same choice of words for its future marketing campaigns.

What are your thoughts about twinjet and quadjet aircraft? Do you have any unique experiences flying on the different types over the years? Let us know what you think in the comment section. 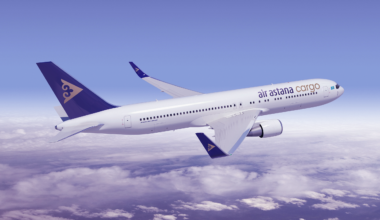 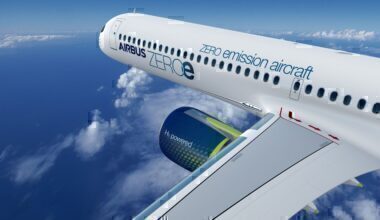 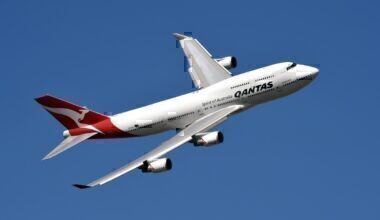 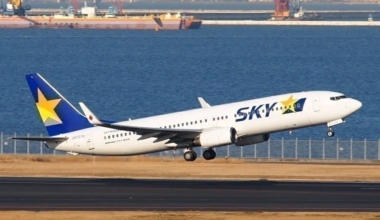 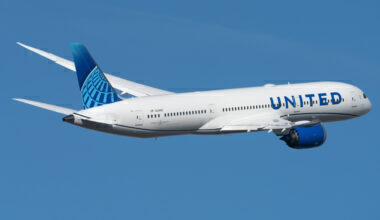