With the Boeing 777X almost ready to take to the skies, many are in anticipation on how airlines will use this aircraft.

Take Emirates for example, they have 149 Boeing 777 variants in use on their long haul operations, using the vast capacity as part of their strategy to bring as many passengers as possible on the longest routes in the world. When the new 777X version was announced, they were quick to place 120 orders for the latest Boeing offering (35 777-8 and 115 777-9).

However… Emirates has quite a number of other aircraft in their fleet, specifically the Airbus A380, the biggest plane in the sky. If capacity is the main strategy of Emirates, then they have it in excess with 109 A380s (and 53 orders on the way) in their fleet.

We will be matching each aircraft up against each other and compare them on a variety of different factors, such as seating, range, fuel, cargo etc. We will take on the perspective of an airline, like Emirates, and look at the numbers. Whilst both aircraft might have different passenger experiences (such as more room on a A380 or better pressurization on a 777X) we want to stick to what makes more money for the airline.

Unlike in previous comparisons (see at the end of the article for the full list), we will not just ignore another variant of the same plane. As both versions of the 777X have their merits, we should compare them directly to the A380 as if the airline was making a choice between, not two aircraft, but three. 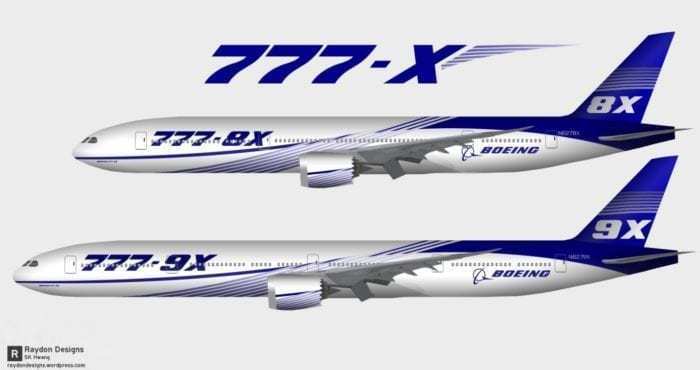 Also, there are technically two additional variants, the 777-10 and the A380plus. But as both don’t really exist (although very well might one day!) we won’t factor them in the discussion.

This first challange is a bit of a no brainer. Whilst the Boeing does very well with 414 seats on board, the Airbus dominates with over 500 seats. Even looking at a 3 class variation, the A380 just has way more room. This is due to the plane being double decked, fitting in roughly twice the space on board.

This extra space goes to comforts like showers, bars and other entertaining spaces that are rare on other aircraft.

Oddly, one of the larger profit drivers for airlines is cargo. And the Airbus actually fails in this regard. As you will see below, the plane requires a lot of fuel and as such, it has had to sacrifice cargo space for those big tanks. The 777X, on the other hand, has plenty of room for those mail parcels and thus is better. Winner: 777X 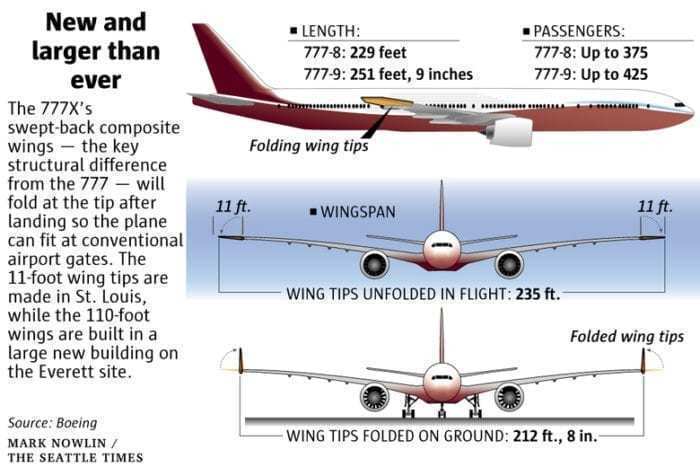 But swapping back to raw power is the A380. With four engines on board, this plane has a crazy amount of thrust to get itself airborne. Its max payload is a good 20,000 lb more than the 777X and whilst it doesn’t appear to have more room to actually store cargo, it can technically carry more of it (Passengers or goods). Winner: A380

It seems what the A380 lacks in cargo capacity, it makes up for in fuel capacity. With a massive 30,000 more US gals than the 777X series, Airbus crushes the competition. Winner: A380

Wait, what about fuel efficiency?

First, let’s talk about the elephant in the room. The A380 has 4 engines and the 777X only has two. Logically, more engines, more fuel.

But it gets a little more complicated when we add in the weight of the aircraft, what materials it is made out of, and general design principles to be as aerodynamic as possible. Built off the back of the famously fuel-efficient Boeing 787, the 777X reaps all the hard work.

So whilst the A380 might have way more fuel onboard, it needs it because the plane is nowhere near as efficient as the 777X, costing the operator far more money in the long run. Winner: 777X

So far the 777X has not flown on any routes yet, so it’s hard to say what it’s the actually useful range for the aircraft. The A380 however, has proven itself, flying from Dubai to Auckland on the world’s fourth longest route.

Before we decide on which of these two aircraft we need to discuss the price to buy one of these planes:

Because so few orders are being made for the A380 (and one of the main reasons why it will soon be discontinued), it’s costs are higher. As so many orders are being placed for the 777X series, costs can be spread over the production line (economies of scale).

Which plane is best?

It is far easier to fill up a smaller plane and fly it frequently. than hoping you can fill a giant plane and fly it less frequency. The typical A380 needs to have plenty of premium paying customers to make a profit, whilst a 777X needs less.

Plus, the A380 can’t fly everywhere. A perfect example is Dubai to Cape Town, South Africa. If Emirates flew an A380 there, it would have to stop at Johannesburg and an additional plane would fly the extra distance to the cape. Whilst by using a 777X, it can fly directly to Cape Town with no additional aircraft required. This extra cost would easily beat any profit made from the extra passengers on an A380.

Factoring in fuel efficiency, range, cargo capacity and cost to buy, the 777X simply is a better deal for airlines.

If you have enjoyed this article, be sure to check out our other comparisons here:

Thanks for reading and be sure to let us know if we missed anything in the comments.