Once the go-to jet for airlines around the world, the Boeing 747 days are now numbered. Boeing only has a few orders left for the aircraft, all of which are cargo varieties. Airlines now looking for the next ‘Jumbo Jet’ might find the 777x to suit them nicely.

Boeing themselves has touted the 777x as the new replacement aircraft for the aging 747.

“The big aeroplane of the future for the aviation industry is going to be the Boeing 777-9X, It carries 400 passengers. It flies further than the 747 and the A380 does today.” – Boeing vice president of marketing Randy Tinseth

The Boeing 777x is a twin-engine large-capacity plane, that is fuel efficient, and perfect for high demand routes between two capital cities (Such as London and New York).

It directly competes against the Airbus A350 (See our article on Airbus A350 vs Boeing 777x) and is a worthy replacement for both the 747 and its rival, the A380.

But some airlines are not convinced. Lufthansa has repeatedly chosen the 747 over the 777 variants, claiming that the premium space afforded by the bigger aircraft is more useful.

“No airline in the world sells as many premium seats as Lufthansa, When we talk about an XL aircraft, we need 100 first and business class seats which nobody else has. That’s why we operate the 747-8 on routes where others operate the (Boeing) 777” – Lufthansa Group CEO Carsten Spohr

Which is better? Let’s find out.

How we will compare the two planes?

As mentioned in our previous lists, we will be focusing on the commercial and profitability aspect of the jets. Imagine you are starting a new airline, or working for a national flag carrier, and you have to choose between the two options. Hence, whilst some aspects might be cool (Such as an Airbus A350 being far quieter than a Boeing 777x) they do not directly lead into profitability.

Additionally, we will admit that the 777x is brand new and the 747 is rather old. This difference in technology will be greatly apparent in fuel consumption and other factors. Nevertheless, as some real-world airlines prefer the 747, we will compare the latest versions of both.

We will compare them on a variety of different factors, listed below. Let’s get to it!

Passengers: Surprising for a ‘replacement’ plane, the Boeing 777x does not carry as many passengers as the 747, in any configuration. This is despite the two planes having almost the same dimensions length and width. Thus it seems that the extra level on the Boeing 747 comes into its own. Winner: Boeing 747

Cargo Capacity: The 777x leads out ahead, transporting far more cargo than the 747. Winner: Boeing 777x

Fuel Capacity: The 747-8 instead carries more fuel than the 777x and thus leads to its higher range. Winner: Boeing 747

What about fuel efficiency?

Let’s talk about the elephant in the room. The Boeing 777x-9 has two engines, whilst the Boeing 747-8 has four. Originally designed to fly over the Pacific (As part of regulations back then), the Boeing 747 is stuck with engines that offer half the amount of power than one 777x engine. But does mean that the Boeing 747 uses the same amount of fuel? 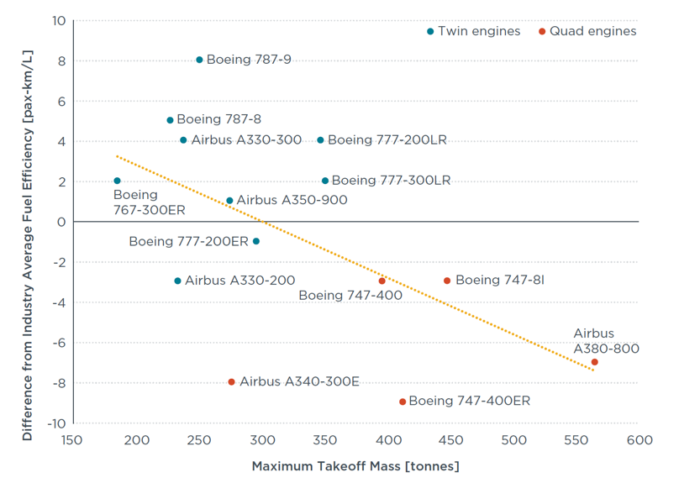 Unfortunately, the Boeing 747 is heavier than the 777x, plus it has four engines, not two. Simply put, it’s more expensive. How expensive you ask?

It’s a bit tricky to quantify, as the 777x has not been available yet for public fuel records. But if we base it on previous Beoing aircraft we might be able to get a guesstimation. According to Aviation Fuel Prices:

According to Ty Joseph, an aviation expert, explains this in a little more detail.

To bring back the argument we mentioned at the start, imagine that we are an airline and are looking between these two aircraft. How much would it cost us?

The unit costs are as follows:

This is surprising, I personally thought that the 777x would have been cheaper. But it seems that production technologies over the years have allowed the Boeing 747 to be cheaper than the 777x. Winner: Boeing 747

Trivia: the Boeing 747 freight variant is an extra million dollars more. You must be paying for the giant door at the front!

As usual, it depends what you want it for. As the 777x-9 is designed to replace the Boeing 747, it gets a little more interesting.

On one hand, the Boeing 747 can transport more people, fly further and offer more space on board. If you are a luxury carrier, who doesn’t worry about fuel and wants a trusted aircraft, then perhaps the 747 is the way to go.

But on the other hand, if you don’t need to worry about range (Or the range difference is only 1000km, so perhaps not negligible) and you want to save money on fuel, the newer Boeing 777x is the way to go.

Personally (And this is a first giving my own thoughts), I think the savings made by the 777x-9 make it the better plane. As we enter the age of higher fuel prices, the world of four engines guzzling petrol like crazy just doesn’t seem to work.

If you liked this article, be sure to check out previous comparisons. Some have been highly controversial and sparked quite the debate from readers. 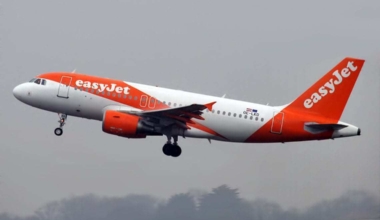 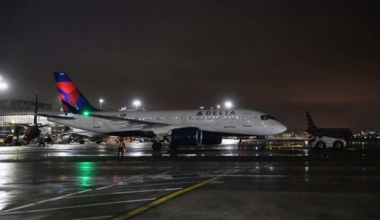 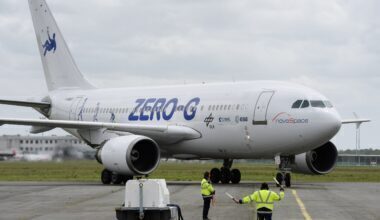 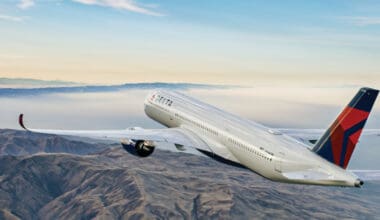