The Darkest Hour Is Over: Middle Eastern Carriers Slowly Ramp Up Flights

With transit flights banned and limited opportunities to fly, the coronavirus crisis saw many of the Middle East airlines grinding to a standstill, save for a few repatriation and cargo flights. But with transit rights now reinstated, traffic has started to pick up, and the glimmer of recovery is beginning to be seen in the data.

The Middle East came to a standstill

With an aviation industry built on a hub and spoke connections, the Middle East has been one of the hardest-hit regions during the COVID crisis. As the UAE banned transit passengers, both Emirates and Etihad were unable to fly. The result was a huge drop in traffic over a very short period of time.

Aviation data provider Spire Aviation has been tracking flights across the region since the start of the year. The company compared the air traffic seen on January 25th and compared it with April 25th, before flights started taking off again.

In January, Spire Aviation tracked over 1,400 aircraft in just one day. On the same day in April, that number had fallen to just 375. But it’s not all bad news.

To drill down into these numbers, Spire Aviation has tracked the flights by the biggest airlines in the Middle East. Comparing Qatar Airways, Emirates, Saudi Arabian Airlines, Etihad and FlyDubai presents a clear picture of the rapid and catastrophic dip in operational flights.

In contrast to China, who experienced their ‘rock bottom’ in terms of flight activity around the end of February, the Middle East reached its lowest point around four weeks later. By the end of March, four of the five airlines had reduced flying to almost nothing, with only Qatar continuing to operate, albeit on a heavily reduced schedule.

Aside from Qatar, Emirates, Saudi Arabian and Etihad all operated just a few hundred flights each week. By the start of April, FlyDubai had practically ceased operating altogether. Qatar, although still flying, was operating less than 2,000 flights a week, and continued to decline down to around 1,000 flights a week by the end of April.

How is the future shaping up?

The Middle East airlines are gearing up to make a swift recovery. With the removal of restrictions on transit flights, Emirates has been adding more destinations to its network. Etihad, too, has been rapid idly ramping up operations, adding 20 new cities to its Abu Dhabi schedule since the start of this month.

Although Qatar never stopped flying entirely, it reduced its network to just 30 destinations at the peak of the crisis. By the end of June, it hopes to be flying to around 80 cities, adding more with every week that goes by. Last week, the airline declared itself the largest carrier in the world, but with airlines all over the globe starting to bring back capacity, it looks like it won’t hold the top spot for very long.

Are you pleased to see the recovery starting in the Middle East? Let us know your thoughts in the comments. 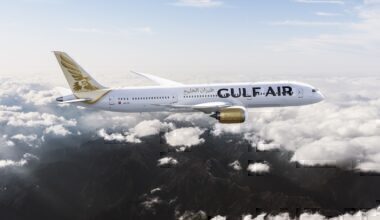 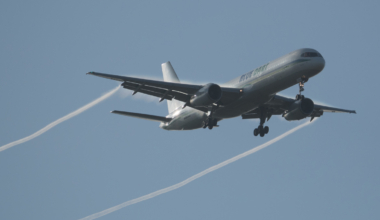