The Swedish Airport That Had To Ban Boeing 737s

Säve Flygplats is located on the island of Hisingen, situated just to the north-west of Gothenburg. As an airfield, it has been operational since 1940, and it originally housed a division of the Flygvapnet (Swedish Air Force). This branch was the Göta Air Force Wing, or ‘F 9 Säve,’ which was active until 1969. It flew both Swedish and foreign aircraft, such as the Saab 29 and the British Hawker Hunter, which the Swedish Airforce designated ‘J 34.’

In 1977, the city’s Torslanda Airport closed, and scheduled services moved to the new Landvetter Airport, to the east of the city. Meanwhile, Säve assumed the role of the city’s general aviation hub. Following a 400m extension to the airport’s runway 01/19 in 1984, Säve became able to handle larger business jets. Its real breakthrough, however, came in 2001.

In 2001, Säve took on the name ‘Göteborg City Airport.’ This reflected its proximity to the city center compared to Landvetter (17km and 28km by road respectively). It also coincided with the launch of scheduled passenger services at the airport. Irish low-cost carrier Ryanair began operating scheduled flights serving London at this time. More destinations quickly followed. According to The Local, Ryanair’s success was a factor in DFDS Seaways canceling its ferry services from Newcastle to Gothenburg in 2006.

As well as a host of destinations served by Ryanair, Hungarian low-cost carrier Wizz Air also had a presence at the airport. By November 2014, regional carriers Gotlandsflyg and Sparrow Aviation were also operating scheduled domestic services. These served Visby and Stockholm Bromma respectively. According to Transportstyrelsen, the Swedish Transport Agency, the airport’s peak was in 2013. In this year, it served over 863,000 passengers across almost 51,000 aircraft movements.

In November 2014, it became evident that larger airliners such as Ryanair’s Boeing 737s had damaged the airport’s taxiways. As such, they were no longer rated to bear the weights of these heavier aircraft. Ryanair and Wizz Air flights were diverted to Landvetter indefinitely.

Initially, passengers still had to check in and clear security at Säve before a bus transfer to Landvetter. In January 2015, the airport suspended scheduled airline services altogether. Its airport’s owners cited excessive repair costs as a key factor.

However, this was not the airport’s only shortcoming. While its location was convenient, its user-friendliness left a little to be desired. Gothenburg residents Katie and Tim Perkins recall:

Katie: “I remember you had to queue outside to come back into the country because there wasn’t enough space inside. And it was basically a shack. It existed at the time when Ryanair automatically gave priority boarding to families.”

Tim: “The first time we flew from there, we checked in at the desk and just got a generic reusable check-in card – scuffed cardboard, no date or name, just the flight number – which we handed in at the gate. Not super secure.“

After the suspension of commercial traffic, Säve ceased to be referred to as Göteborg City Airport. In 2015, annual aircraft movements fell to less than 15,000. It has once again assumed the role of Gothenburg’s general aviation hub, and is home to multiple local flying clubs. One of these belongs to the city’s Chalmers University of Technology.

With thanks to the Perkins family for their recollections of Säve Airport. 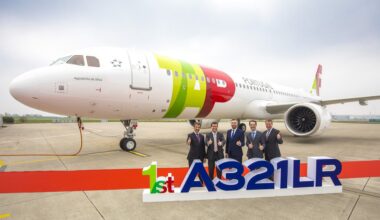