Southwest Airlines is a massive carrier in the United States. Taking on the big three major US airlines in the domestic market, Southwest is a known brand and has a strong base of loyal followers. In 2021, the airline is planning on growing its route network and adding plenty of new points. Here are the top five most anticipated Southwest Airlines routes for 2021.

Finally, in an aircraft surplus position, the airline is taking full advantage of this by adding new cities to its route network. The airline is making some bold moves and hoping to gain new loyal customers.

Simple Flying has already covered a variety of carriers’ 2021 new route plans. Here are some others:

From April 12th, Southwest Airlines will be adding flights from George Bush Intercontinental Airport (IAH) in Houston to Denver International Airport (DEN). This is Southwest’s return to Houston-Bush, as Southwest has traditionally preferred its base at Houston-Hobby (HOU).

This route will see initial nonstop service up to three roundtrips per day, which is a remarkable number of flights, though not surprising for Southwest Airlines. The reason this route is interesting is not that it is likely to fail, but because Southwest is going head-to-head with United Airlines.

As the crisis unfolded, Southwest came to believe that adding new city pairs was what would lead the carrier out of the darkness and into profitability. The calculus was simple. The carrier used its free aircraft to add new cities to its network and fill up its planes by connecting those points to bases where they had a decent volume of connecting passengers.

This route is a significant example of Southwest Airlines turning to a familiar industry tactic by creating “hubs” like Denver. Southwest is the second-largest carrier in Denver International Airport, and it has used the airport to offer connections.

Houston-Bush and Denver are both also hubs for United Airlines, and United is a massive player on this route. Funneling both connecting passengers and origin and destination passengers, United is a known presence here, and Southwest is challenging that.

Southwest’s three daily flights will compare with United’s up to 11 daily flights, Frontier’s two, and Spirit’s one. This is a route where Southwest will need to, hopefully, capture sizable shares of origin and destination and connecting passengers to keep its aircraft full.

Atlanta was not always a hub for Southwest. After the airline merged with AirTran Airways, the carrier acquired AirTran’s hub and subsequently expanded its operations out of the airport.

The flights to Jackson are particularly interesting because it highlights the importance of Atlanta in Southwest’s route network. Competing against Delta in Atlanta is futile, so Southwest is not launching this route to stick to Delta, which has a legacy presence throughout the American Southeast.

Southwest has been adding cities and connecting them to its most important bases. This includes Baltimore, Houston-Hobby, Chicago-Midway, Dallas-Love, and others. By connecting Jackson to Atlanta, Southwest will be able to offer connections to and from the city onwards across the Southwest network. Whether this causes any issues for Delta, however, remains to be seen.

Las Vegas is another large base for Southwest, but it is also a city with a lot of demand for travel. For leisure passengers, such as those mostly flying onboard Southwest, the city has plenty to offer, so there should be a fair bit of excitement for this new Southwest route.

Frontier Airlines, an American ultra-low-cost-carrier, also flies the route. Frontier’s team has always been aggressive when it comes to its route network. At times, it has been known to quickly drop and quickly add routes to its network, so if Southwest turns up the heat here, Frontier may drop out.

Frontier’s five-weekly nonstop flight should hold out against Southwest, given that Frontier is set up to offer lower fares than Southwest, and it has beaten the airline to the route, so it should have some brand presence for those traveling on the route.

This route would mostly go under the radar if United or American were to add flights. The route is already served by those two carriers, plus Spirit Airlines. From Chicago O’Hare International Airport (ORD) and Baltimore/Washington International Thurgood Marshall Airport (BWI), the airline will be operating up to four daily roundtrip flights between the two airports.

Up to 14 daily nonstop flights will be available between Baltimore and O’Hare this summer. United and American will leverage their respective connecting hubs at ORD, while Spirit’s one daily flight is geared toward leisure travelers seeking to go to and from the city.

Southwest, however, is relying on the strength of its Baltimore hub. At BWI, Southwest Airlines has a close to 70% market share. Many of these travelers are connecting passengers, which is what Southwest hopes will help fill its planes to Chicago-O’Hare. Southwest already flies up to five times per day to Chicago-Midway (MDW), where it has another large hub.

BWI is a coastal hub, so there is a bit of a smaller set of cities where it would make sense to connect en route to Chicago. This mainly includes the Mid-Atlantic, Southeastern US, and New England.

Southwest will serve the route once per day from March 11th. The flight is timed for Southwest to offer connections to Cancun via Phoenix for flights from California and the Western United States. But, it will also offer competition against American Airlines for origin and destination passengers.

With only two carriers competing, and one being American Airlines, Southwest is poised to do well. International expansion is something Southwest has been relatively conservative with and remained closer to home in Central America, especially Cancun.

This is a route where Southwest could reasonably expand its services. If this route works well, the airline could easily go out and add another flight, timed for another wave of connections, but also at good times for origin and destination passengers.

Which of these five routes are you most excited for? Let us know in the comments! 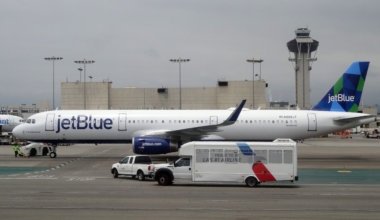 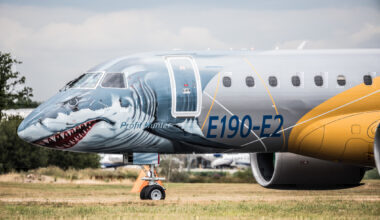 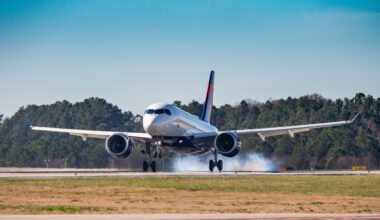