American vs Delta vs United – What Are The Airlines’ Top Planes?

In third place is the 76-seat Embraer 175 (it’d be first if flights were measured). Introduced to American Eagle in 2013, the use of the larger regional jet has grown significantly in recent years. This is an example of upgauging in the drive for lower seat-mile costs, higher revenue opportunities, and stronger route performance.

Where are the top-10 most used aircraft?

The following table highlights American’s most-used aircraft, the airports that see them the most, the number of airports and routes served, and the top route per type. It may well change. As you’d expect, RJs tend to serve more airports, hence their versatility, with the Embraer 175 used on over 550 routes.

The carrier’s two largest hubs, Dallas and Charlotte, naturally feature heavily. American’s North Carolina hub is especially dominant for the CRJ-700, CRJ-900, and A320. Like the A330, the A320 was inherited from US Airways, so it is keenly used at two ex-US hubs, Charlotte and Phoenix. Elsewhere, the MAX 8 stands out, with almost all of its seats (95%) touching Miami.

Another key difference versus 2019 is the absence of the MD-88, which was fourth and retired 14 months ago, another consequence of the pandemic. Delta was always an important operator of it (and the MD-90).

While Delta’s seats by its rear-mounted 717s have fallen by a whopping 44% since 2019, the aircraft ranks eighth this year. Following the withdrawal of Volotea’s 717s, Delta is one of only three remaining passenger users of the aircraft worldwide.

Delta opportunistically acquired the 717 from Southwest following its acquisition of AirTran. The type was superfluous to Southwest’s one fleet approach, but they were important to Delta partly because they contributed to the big reduction in 50-seaters.

Where are Delta’s top-10 aircraft most used?

And while still going strong, the 717 is used on fewer routes than any other aircraft in the top-10 table. With 85% of seats, Atlanta is absolutely the aircraft’s spiritual home, although around 30 routes don’t touch the airline’s largest hub.

Where are United’s leading aircraft most used?

The rise of the B737 MAX 9 into the table is hard to miss. United now has 30 examples, each with 179 seats spread across 111 in economy, 48 in economy plus, and 20 in first. It is the leading operator of the MAX 9 of airline worldwide, with more than three times the number of Panama’s Copa, number-two.

Denver, United’s second-largest hub this year, is very much the main airport to see the MAX 9. With almost half (47%) of all seats, over 30 destinations from the Colorado airport have or will see it at some point this year. These include the 2,405-mile link to Anchorage, served in June.

What is your favorite aircraft operated by the three airlines covered in this article? Let us know by commenting. 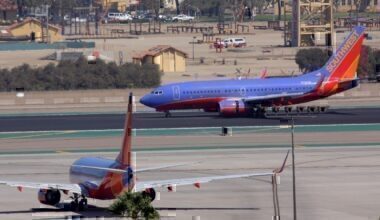 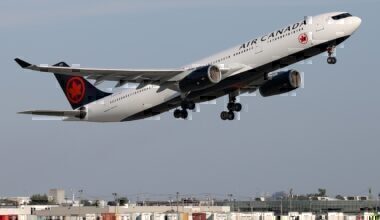 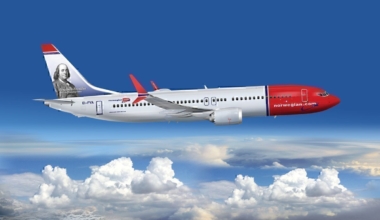 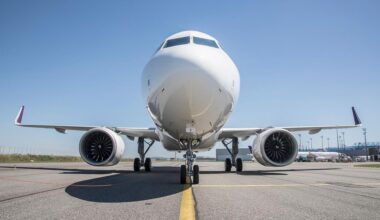