Airports Council International (ACI) has released its findings for the world’s top ten airports in 2020. Seven of the top ten airports are in China, while the remaining three are in the United States. Altogether, looking at total passenger traffic, there were some sizable shakeups in the list as the pandemic battered air travel and led to some of the lowest passenger volumes in recent history.

The ACI list found these to be the world’s top ten airports:

There were some major shakeups. The most jarring was Chongqing, which went up 42 places. Shanghai Hongqiao International Airport (SHA) went up 36 places. Kunming was up 28 positions, while Shenzhen and Chengdu were both up 31 places. Atlanta fell from the top spot, displaced by Guangzhou, which climbed 10 positions. In China, Beijing fell five places.

The pandemic had a wide-ranging impact on airport passenger numbers. Atlanta took the top spot for nearly two decades, bolstered by Delta Air Lines’ hub. Guangzhou, bolstered by the China Southern hub, had been steadily growing, but it was not until now that the airport took the top spot. Guangzhou did not make the top ten based on 2019 passenger numbers.

The uneven return of air travel

Travel restrictions and the varying health situation across different parts of the world shook up how and where travelers came back onboard aircraft. The rankings reflect much of this. Though hit hard at first, China began to recover sooner than the United States and other major markets. This led some airports to soar past top players in 2019.

Domestic demand has been leading the way, including in China and the United States. Two of the largest domestic markets in the world, the rankings reflect how airlines in those countries pivoted toward a more domestic-oriented market. Denver and Chongqing, for example, are far more domestic-oriented hubs that led to their rise into the top ten.

Meanwhile, major international hubs like Dubai and London have seen a far more delayed return. Both of those airports are heavily reliant on international travelers, which are starting to come back. As schedules recovery into 2022 and beyond with further border reopenings, those airports should start to see a recovery.

While the pandemic has accelerated some long-term trends in aviation, the question now is what things will look like in 2022 to start. There are some signs that foretell a positive future for some airports.

As can be seen in the table, all airports have seen double-digit improvements in 2021 compared to 2020. Simultaneously, except for Chonqing (for which data was not available from ACI), every airline still saw double-digit passenger declines compared to 2019 levels.

This indicates that while things are far better this year than 2020, the industry is not yet out of the woods. Of course, the first half also included a few low months and most international travel restrictions did not start to come down until toward the end of that period.

The rankings for numbers based on 2021 passenger traffic are likely to see some changes. As international travel comes back, some of the smaller, more domestic-oriented Chinese airports like Kunming are likely to drop off the list as airports like Dubai, Heathrow, and Paris make a recovery.

Guangzhou has been making a steady rise in the rankings, so it would not be surprising to see that airport stay as a new, stable member of the top ten airports in the world. Beijing, conversely, may suffer as the city works out the split between the new Daxing International Airport and the older Beijing Capital International Airport.

This list was relatively stable. Only Hong Kong and Doha saw declines in total air cargo tonnes transported. Every other airport saw a rise in the low-to-mid single digits in 2020 compared to 2019. The outlier was Anchorage, which saw a whopping 15% increase in cargo.

However, all of these airports saw positive percentage growth in the amount of cargo they handled in the first half of 2021 versus the first half of 2019. This is an indication of the continued importance of cargo as supply chains hortages continue to affect various sectors of the global economy, and air shipping grows in importance. 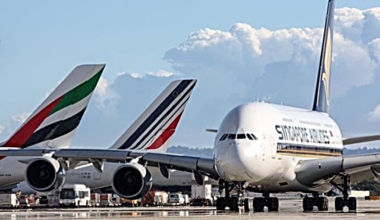 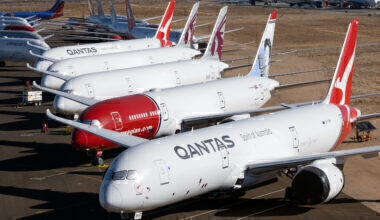 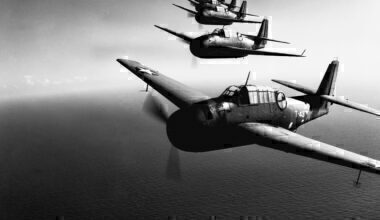