Transavia France Establishes Its Fourth Base In Monpellier

Low-cost European airline Transavia France has just announced the opening of a fourth base at Montpellier in southern France. The French subsidy of Air France-KLM Group will base two aircraft at Montpellier-Méditerranée Airport (MPL) starting in the spring of 2020.

In a bid to strengthen its position in the French market place Transavia France will now add Montpellier to its Paris Orly, Lyon and Nantes hubs.

Transavia France is getting ready for the summer

In time for next summer and the busy travel season, Transavia France wants to fly to 20 destinations. In what could be considered a strategic move, Transavia France will be the only low-cost carrier with aircraft based at Montpellier a city with an urban population of around 280,000 people.

Located halfway between Provence and Catalonia in the Occitanie region of southern France, Montpellier-Méditerranée Airport has a catchment area of 2.1 million people who all live within an hour’s drive. Drawn by the region’s economic and demographic dynamism that attracts 5,000 new residents each year, Transavia France considers Montpellier as being a safe bet.

Montpellier Airport has no curfew and slot restraints

Due to the city’s never-ending expansion, Montpellier has been attracting a large number of start-up companies and is considered as being a hot place for jobs in the tech sector. Having seen six straight years of growth both domestically and internationally, Montpellier-Méditerranée Airport appealed to Transavia France as an underserved airport.

Adding to this was the fact that Montpellier-Méditerranée Airport operates with a 24/7 air traffic control, has no curfew, and no slot restrains. The airport also manages a 25-minute turnaround which is popular with all low-cost carriers.

“It is with pride and ambition that we welcome this decision. I would like to thank Transavia France for choosing Montpellier as its new base. Let there be no mistake – this is a historic moment and important milestone for our airport and a strong signal for our territory.”

“Transavia France with two based aircraft, thus marks its confidence in the potential of our market and opens up fantastic development prospects. By 2020, a total of nearly 50 direct destinations will be available from MPL!”

In the press release about the new base, Transavia France’s CEO Nathalie Stubler said:

“We are very pleased to announce the opening of our fourth base in Montpellier. The low-cost offer is still undeveloped from this airport, while passenger demand is strong. We will offer beautiful destinations, many of which are not yet directly served.

“For Transavia France, this announcement is an important step in the development of our company with the creation of our first base in the south of France. We are setting up in Montpellier with the desire to become a major player at the airport, as we have done in Paris Orly, Nantes and Lyon. I would like to thank Montpellier Airport for their warm welcome.”

Given the region’s demographics and the fact that Transavia France will be flying to destinations that are not already served from Montpellier, it sounds like a win.

What do you think about Transavia France opening a base in Montpellier? Please let us know in the comments. 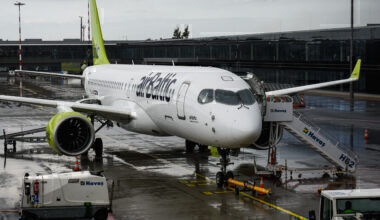 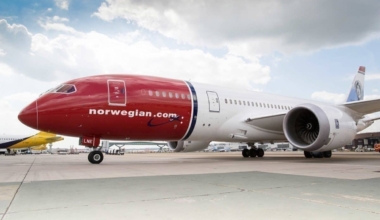