Thanksgiving leads to a boost in passenger numbers

After a few weeks of lukewarm travel numbers, the TSA saw a big boost in the week before the Thanksgiving holiday. On Thursday, November 19th, 907,332 passengers passed through TSA security checkpoints. The next day, that number swelled to 1,019,836 passengers before declining to 984,369 travelers on the 21st.

Airlines had long been anticipating Thanksgiving to be the best week since March for travel. This is a typically very heavy travel period, with plenty of people flying home to visit family. While the TSA is accustomed to seeing between about two to three million passengers in a day around this time, given the ongoing crisis, one million is pretty darn good.

The last time the United States saw over a million passengers in a day was on October 18th. Since then, until the 20th of November, the industry was unable to replicate that number.

Thanksgiving is not as strong as hoped

Since the end of the summer, when it became clear that the industry was coming off the end of the traditionally strong leisure months, the carriers almost instantly began looking towards Thanksgiving and the winter holiday period as a lifesaver with more people willing to travel. So far, that came true. After expressing some initial optimism in September, by October, airlines began to cut a few flights from their Thanksgiving schedule.

Then, towards the end of October and into November, case counts began to spike to record levels in the United States, and everyone began to worry. In a sign of the dire circumstances that these case counts have led to, Alaska Airlines warned that the Thanksgiving week would not boost its passenger numbers. In fact, in November, the airline anticipates flying fewer people than it did in October.

The next blow came amid the CDC’s recommendation against Thanksgiving travel. Public health officials have been telling people to stay at home unless absolutely essential for travel. This leads to two different ways to interpret the data.

One interpretation could be that Thanksgiving was looking to be very strong. However, the CDC’s recommendation and rising case counts pushed people to say no to traveling this year, which cut the number of people expected to travel down, but not enough to keep it below the one million mark.

The second way to look at it is that the same group of people who have been traveling thus far are unfazed by this and continue to travel. With greater access to testing than months ago, more people may feel safer to get onboard a plane with a negative result, but the airlines did not acquire many new travelers over the Thanksgiving period.

In reality, it is likely a mix of these two, with a few hundred thousand passengers each day probably shying away from traveling. A lot of flights right now are being yield managed; that is, the airlines are monitoring loads and capacity and are not making decisions about whether or not to run a flight until fairly close to departure.

The one million passengers a day number is mostly symbolic, as we have stated on Simple Flying for months. It is not an instant profit or loss number for airlines and rather expresses how much confidence passengers have in flying. Numbers currently are still about 40-50% of what they were last year, which is relatively consistent with some previous months, but slightly increased from the last few weeks. Southwest Airlines appears to be hopeful that numbers will increase heading into December, and it will end its blocked middle seat policy at the end of the month, after Thanksgiving.

It is unclear what the ongoing case trajectory will be in mid-to-late December and into January. Another solid fourth-quarter holiday period is over the second half of December. So airlines can hope to generate some more revenue with close-in bookings over the December holiday season. Still, for a lot of last-minute passengers, case counts and travel restrictions will likely determine whether or not they do pull the trigger on a new booking.

There are few, if any, good crystal balls left in the industry, so for now, it is a game of patience and careful management. As the Thanksgiving holiday progresses, it would not be surprising to see more passengers get onboard planes and this number to rise, but it will still definitely be far below the 2.5 million+ the industry welcomed last year.

Are you traveling for Thanksgiving this year? Do you have plans to travel heading into December? Let us know in the comments! 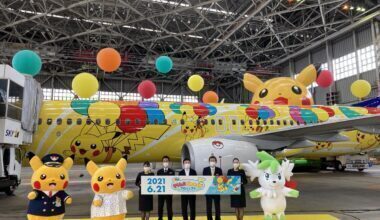 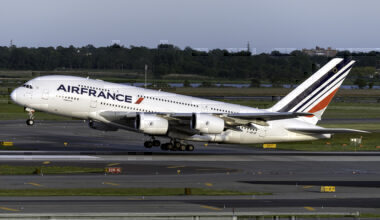 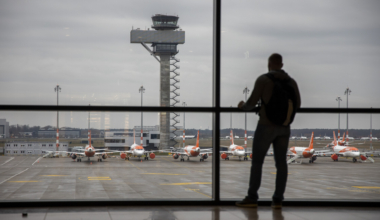