Turkish Airlines will resume flights using the Boeing 737 MAX from next week. The airline will use two 737 MAX to fly between Istanbul and Ankara from April 12th. The airline previously grounded its fleet of 12 737 MAX in March 2019.

Turkish Airlines has received permission from the Directorate General of Civil Aviation (DGCA) in Turkey to resume flights using the controversial Boeing 737 MAX. According to Reuters, flights could resume as early as next week to connect its Istanbul base to the capital, Ankara.

The DGCA works with European Aviation Safety Agency (EASA) as a pan-European country straddling Europe and Asia. EASA recertified the MAX as safe in January this year, but the Turkish authority waited slightly longer before agreeing to reintroduce the MAX.

Turkish Airlines and the 737 MAX

Turkish Airlines has a fleet of 12 Boeing 737 MAX, which it can now deploy on routes across Europe as the demand for travel increases. The airline should have had 12 more MAX aircraft in its fleet, but with the lengthy issues surrounding the plane, delivery was understandably delayed. The airline currently has 11 737 MAX 8 and just one 737 MAX 9. It is due to receive a further eight aircraft of the MAX 8 variant and four additional MAX 9, bringing its total to 24.

The struggles that caused a delay in delivering the new aircraft led to a settlement agreement in December of 2019. Turkish Airlines claimed the grounding of the MAX in March 2019 caused them significant financial damage. The airline had to adapt routes and aircraft with 12 of its fleet suddenly out of action.

Emerging strongly from the pandemic

Compared to other airlines, Turkish Airlines has done fairly well over the past year. The airline has received no government aid, hasn’t laid off staff, and only posted an annual loss of $836 million. For comparison, one US carrier posted a loss of $13.4 billion.

The airline managed to operate a fairly regular and busy schedule of over 600 flights a day while other European airlines were totally grounded. The airline is still serving over 200 destinations globally, and adding the MAX back to its fleet will allow it to continue expanding its network.

From its base in Istanbul, the airline is well-positioned to reach Europe, Africa, Asia, the US, and the Middle East. In fact, the only places Turkish Airways doesn’t fly to are Oceania and Antarctica. Before the grounding of the 737 MAX, the airline flew it regularly on domestic routes as well as routes to Africa.

Now that the airline can resume flights with the MAX, we may well see it on similar routes over the coming months. Adding back the MAX to its fleet, Turkish Airlines will likely increase its network’s strength with new destinations in time for the summer months.

Are you happy to see another airline bring back the MAX? What do you think of the airline maintaining a strong network over the past year? Let us know your thoughts in the comments. 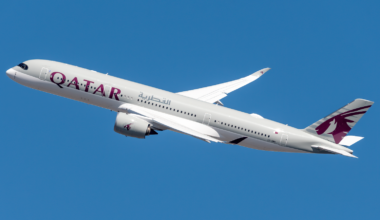 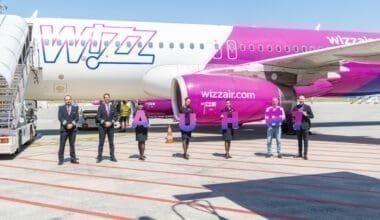