Inside The Growth Of Turkish Airlines

Turkish Airlines today flies to more destinations, and countries, than any other airline. It is not the largest airline by revenue or passenger carried, but it is certainly the most connected. It also operates one of the largest aircraft fleets (twelfth largest in 2019 according to Air Transport World). Here, we take a brief look at its continuous expansion over nearly 90 years to reach this.

Turkish Airlines was founded in 1933 as a government-owned airline, Turkish State Airlines. It operated a small fleet of Curtiss, Junkers, and Tupolev aircraft on domestic flights.

It introduced the Douglas DC-3 and C-47 aircraft from 1945 and began regional international flights from 1947 (with the first services to Athens). Domestic flights, though, remained the focus of the airline until the 1960s.

Challenges and expansion since the 1980s

The real expansion of Turkish Airlines began in the 1980s. A new government in 1983 prioritized the growth of the airline and increased its capitalization significantly. Investment was made into a new, young fleet and improved security (several accidents and hijackings had harmed its reputation up to then). A large aircraft maintenance center was opened at Yesilkoy Airport in 1984, demonstrating its commitment to fleet development.

As its international services have expanded, it has used its location as a gateway for east-west flights. The major Middle Eastern carriers of Emirates, Etihad Airways, and Qatar Airways have done the same, of course, but started later. Turkish Airlines today has a larger fleet and serves more countries than these three airlines (although Emirates can claim higher revenue passenger kilometers due to its all widebody fleet).

Fleet and destination increase continued into the 2000s. The airline moved into a new international terminal at Istanbul’s Atatürk International Airport in January 2000, with the original terminal switching to domestic flights.

It also entered into marketing and codeshare agreements with many other airlines, focusing on growing its international reach. Today, it codeshares with an impressive 54 airlines (according to the airline website). And it joined Star Alliance in 2008.

As for fleet, it has stuck with mixed Boeing and Airbus narrowbody and widebody fleets and placed some significant orders. In 2013, it placed an order with Airbus for up to 117 A320 family aircraft. And in 2018, it confirmed orders for 30 Airbus A350 and 30 Boeing 787 widebodies.

It has also focussed on keeping the fleet young. Today, it has an average fleet age of just 7.1 years (according to planespotters.net). Compare that, for example, to other European airlines, such as British Airways at 12.8 years or Air France at 14.7 years.

More destinations than any other airlines

The culmination of this growth is its claim today (and for many years previously) to fly to more countries than any other airline.  Before the pandemic, it operated direct flights to 126 countries and over 317 destinations. Its total destinations covered are only beaten by the main US airlines due to their extensive US domestic routes.

Obviously, this was impacted during the pandemic. But by January 2021, this was back up to 208 destinations. Frequencies remain reduced, and a few destinations (particularly in China and Australasia) remain hard to serve, but it has worked hard to return its network.

Neighboring Middle Eastern airlines (following a similar hub model) have, of course, done the same, but many European airlines have struggled. By February 2021, it was the largest carrier in Europe by passenger volume, ahead of previous leaders Air France-KLM, Lufthansa, British Airways, Ryanair, and easyJet.

And growth in cargo volume

Alongside passenger service, Turkish Airlines has also shown impressive growth in cargo volumes. This is handled by Turkish Cargo, an integral part of Turkish Airlines. In mid-2020, we showed how it was handling 5% of the global cargo market – an impressive achievement alongside the several dedicated cargo carriers.

This has continued throughout the pandemic, with several Turkish Airlines aircraft used for cargo. And it moved in to offer reduced freight rates for exports from Pakistan to Europe, following Pakistan International Airlines (PIA) receiving a ban on flying to Europe.

How much more can it grow?

As of April 2021, Turkish has a fleet of 309 aircraft and already serves more countries than any other airline, as we have discussed. How much more then can the airline grow?

The appetite is certainly there for further expansion in the coming years. In terms of fleet, the most significant addition are the A350s – there are still 20 on order from Airbus. It has struggled to date with the grounding of the 737 MAX (it currently has 12 parked and more on order), but this should improve as flying resumes. With a large Airbus fleet and other 737 models, the impact has been less than for some other airlines.

And with destinations, it could use its new aircraft to focus more on Australasia and South America. There are many more popular, long-haul destinations it could serve here. For example, in South America, Turkish only currently flies to Venezuela, Colombia, Argentina, and Brazil.

The airline has moved into a new home airport as well. The new Istanbul airport opened fully in April 2019 (after several delays) and offers huge expansion possibilities for Turkish Airlines. After all phases are opened, hopefully, by 2028, it should offer an annual passenger capacity of 200 million, along with six runways.

Would you like to share any thoughts on the growth to date of Turkish Airlines or its future possibilities? What challenges do you think it faces? Let us know in the comments. 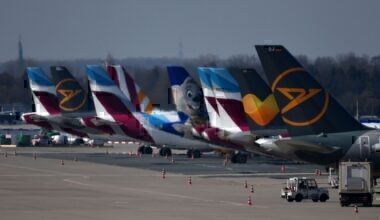 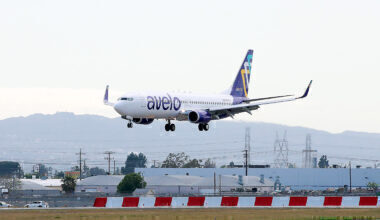 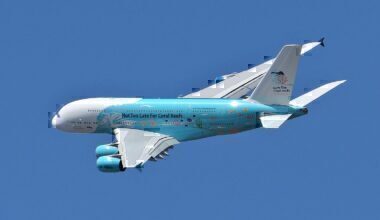