The aviation industry is changing. As airlines and passengers adapt to new social distancing measures and enforce mandatory testing, one passenger took to Twitter to describe exactly what she experienced when flying to Hong Kong from Paris, via London. Is this eight-hour wait a glimpse into the future of flying?

No masks on board

There is much confusion around current procedures when flying internationally. Different governments have different rules, and so do many airlines. Many of us have not yet flown under the new rules. But one passenger, Laurel Chor, a Hong Kong national, took to Twitter to document exactly what it is like flying during the coronavirus era when she returned home from lockdown in France.

I’ve landed in Hong Kong after flying from Paris CDG, via London Heathrow. I now have to wait ~8 hours before I get my #COVID19 test results and thus have ample time to tweet about my experience. pic.twitter.com/jCDPuwrTzL

Ms Chor boarded a British Airways flight in Paris Charles de Gaulle heading to Hong Kong via London Heathrow. While in Paris she was forced to wear a mask and all check-in staff were also wearing face protection and gloves; airport rules. Surprisingly, however, once onboard British Airways staff did not wear masks.

The Boeing 777 to Hong Kong carried just 100 passengers, a third of its capacity. Whether this was due to social distancing measures or lack of demand is not clear. So far, so good. While it is surprising that BA staff did not wear masks, this is nothing too extreme. However, things changed upon arrival in Hong Kong.

I just went through this, but there were so many steps & stations upon arrival in HK that I’ve forgotten half. I filled in a quarantine order + a health declaration, was made to download an app, received a tracking bracelet, had it registered. Someone checked my phone # worked. pic.twitter.com/Bm0gHDIdiJ

Hong Kong has imposed a mandatory quarantine and testing procedure for everyone. International passengers must be in isolation for 14 days upon arrival even if they are Hong Kong nationals. But it isn’t as simple as just promising to isolate. There are many steps involved in tracking and ensuring people actually isolate. First, a form to fill in and a health declaration before the plane even lands.

Hong Kong is using app technology on mobile phones to track people when in the country so passengers are forced to download the app and prove their phone is working before leaving security. Passengers are also given a tracking bracelet to wear.

A health dept official officially signed & stamped my quarantine declaration in duplicate. He was nice & friendly, explaining that I could go yumcha on the morning of the 28th. He asked if I had someone to take care of me & if I had a thermometer. When I hesitated, he gave me one pic.twitter.com/A2zGHZUdNz

In her Twitter thread, Ms Chor claimed that airport staff were very kind and polite, but very thorough. Staff checked she had someone to look after her and ensure she had food and essentials during her quarantine period. All passengers were given thermometers if they did not have one and were shown how to track their temperature and symptoms on yet another form.

After receiving my bracelet and my thermometer, I went on through immigration and got my bags as normal. On the other side we were directed onto buses and young men in full protection gear helped load our bags onto the bus. pic.twitter.com/ldU2nDQNYF

Then, after being handed a folder with copies of all the forms, rules, and regulations, passengers could finally get their luggage. But the entry procedure was not yet over. Passengers were then taken to busses where staff in full protective gear took them all to be tested.

I thought someone would swab me and wasn’t expecting a self-test but it was simple enough. When it came time to hock up deep throat spit, I was grateful for the thoughtful courtesy of the private booths. pic.twitter.com/bOPqjI82vm

Social distancing measures are in full effect the entire time and a video is played to ensure everyone knows how to take the test. Then, in the privacy of little booths, much like a voting booth, passengers must spit into a test tube and hand it over for testing. Travelers must then sit and wait for test results which can take more than eight hours. For those traveling with young children, that must feel like an eternity.

Don’t worry, Ms Chol tested negative for the virus and is heading home to her mum for two weeks of quarantine. Speaking of her experience in general Ms Chol said that everyone seemed to be cooperating well with staff. The overall atmosphere was of resigned and quiet frustration but with the acceptance of the current situation.

The procedure is long and time-consuming but necessary. As more countries open their borders, we could be seeing more testing like this before a return to normal.

What do you think of Hong Kong’s testing methods? Do you think it is extreme or a necessary precaution? Would you be will to travel if you knew you had to sit for eight hours awaiting test results? Have you experienced similar measures elsewhere? 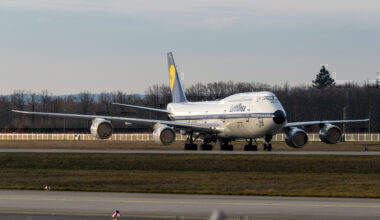 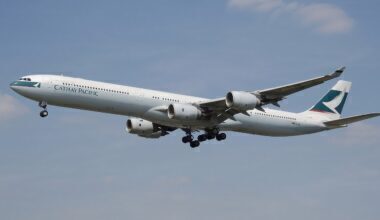 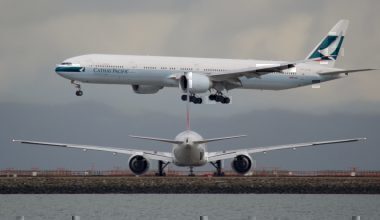