A United Airlines Boeing 787-10 was forced to divert on Thursday. The aircraft diverted to Boston Airport, in what is thought to have been the first incident for the type. The cause of the diversion was a smell of smoke in the aircraft’s cabin.

While the Boeing 787 has been around for a while now, the 787-10 is a fairly new aircraft. United Airlines only operated its first official 787-10 flight in January. This is despite the aircraft having been used as a fill-in rather than cancelling flights earlier. According to data from Av Herald, It looks as though this is the first 787-10 to have an incident thus far.

The flight affected by the diversion had a fairly unique flight number, UA 999. This flight was due to depart from Newark Airport at 18:30. However, it did not get airborne until 21:32 according to Flight Radar.

The late departure would be the least of the passengers’ concerns, as it turned out. The Boeing 787-10 was carrying 328 passengers. Shortly after departure, a flight attendant reported smelling smoke in the rear of the cabin. This sufficiently worried the pilots to make the call to land the aircraft in Boston. After all, it’s better to be safe than sorry.

25 minutes after the flight crew announced the emergency, the aircraft touched down in Boston. The aircraft had actually passed the airport already and had to turn back. The flight was 60 nautical miles to the East of Boston when the call was made to divert.

Thankfully, the aircraft was able to touch down with no further incident. Despite this, however, the aircraft was still welcomed to Boston with a whole host of emergency vehicles ready and waiting. Reports suggest they followed the flight to the gate as a precaution.

The aircraft, N14001 is less than a year old. As such ground crew were keen to find out exactly what happened, leading to a 20-hour wait on the ground in Boston.

Despite the incident which caused the diversion, the flight did eventually depart Boston for Brussels. While the aircraft only spent around 20 hours on the ground in Boston, it was also late departing Newark in the first place. Tying both of the delays together led to a total delay of some 23 hours landing into Brussels Airport.

As the flight traveling to the EU was not on an EU airline, passengers are unlikely to be able to claim for EU261 related compensation. However, one would hope that given the flight was delayed almost 24 hours, that United saw it fit to offer passengers significant compensation as a gesture of goodwill.

Were you on the affected UA999 flight? Let us know your experience in the comments! 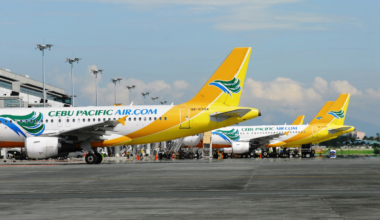