United Airlines To Fly To Auckland With The Boeing 787-10

United Airlines is set to fly one of their Boeing 787-10 Dreamliners all the way to New Zealand, replacing the older Boeing 777-300ER that currently flies on the route. Being a long-haul destination, the news that the journey will now be completed by a newer and far more comfortable Boeing 787-10 is exciting for United fans.

United has made moves to replace its Boeing 777-300ER with a new Boeing 787-10 on its long-haul San Fransisco to Auckland, New Zealand route.

United is actually the only US airline to use the Boeing 787-10, and likely the only airline to operate this particular aircraft to New Zealand. According to Points From The Pacific, the current Boeing 777-300ER is “very well-filled”. With 60 business class seats, 24 premium economy and 266 economy seats, the 777-300ER actually fits more passengers than the slightly smaller 787-10.

Why United has reduced capacity on this route is unknown, but if the 777-300ER is regularly filled then it is likely that the fares could increase on this route. It is also a bit concerning that they reduced the business class cabin as this would mean less award availability.

The upgrade to the 787-10 will come with new features that you would expect with a new generation aircraft, such as bigger windows (and that very unique tinting instead of shades that the 787 uses) better cabin humidity and quieter engines.

Both the 777-300ER and the new 787-10 featured United’s Polaris business class product, so those used to flying on the route in this cabin might not expect anything new to the table, but should be reassured by the consistent product.

If you haven’t flown with United in their Polaris cabin, this is what you can expect: A seat designed for sleep with 180 degrees flatbed that extends to 6 feet and 6 inches (78 inches of the pitch when in seat mode), plus a 16-inch screen and an insane amount of bedding designed by Saks Fifth Avenue (two pillows, bed sheet, light sheet, and duvet). Each seat has direct aisle access, although every second row has far more privacy and is closer to windows thanks to an offset layout.

“United Polaris will change the game in international business travel with an exceptional level of relaxation and comfort throughout our customers’ journeys,” said Oscar Munoz, president, and CEO of United back when the product was first launched. “This completely reconceived experience exemplifies the new spirit of United and the innovation, excitement and operational momentum across our airline.”

What do you think? Is this a good swap for the aircraft? let us know in the comments. 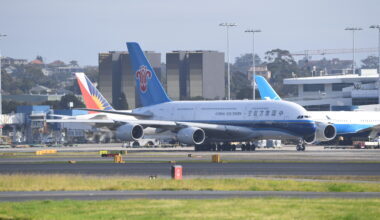 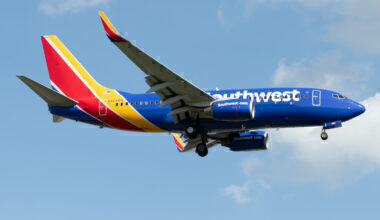 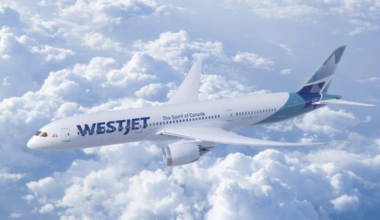 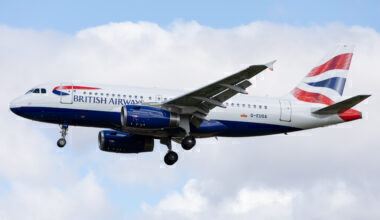 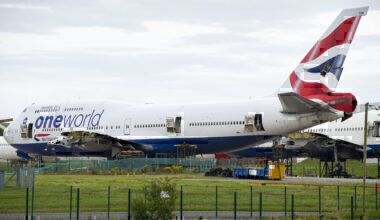