United Airlines’ huge route announcement today had an interesting service contained within it. From May next year, the airline plans to fly its narrowbody 737 MAX to a Portuguese island in the middle of the Atlantic.

Taking the MAX to the Azores

Wrapped into United Airlines’ massive route announcement today is a rather interesting route involving a small Portuguese island and the 737 MAX. From May 13th, United will launch service from Newark Liberty International Airport (EWR) to Ponta Delgada – João Paulo II Airport (PDL). This flight will use a Boeing 737 MAX 8.

This route will see the MAX traveling a distance of 2,576 miles (4,146 km) on an almost transatlantic trip. We say almost, because the Azores are still some way from right across the Atlantic, being situated in the middle of the ocean some 900 miles away from Portugal. The archipelago consists of nine individual islands, the largest of which is Sao Miguel, home to João Paulo II Airport, just outside of the city of Ponta Delgada.

United will be the only US carrier flying nonstop between the Azores and New York since Delta Air Lines dropped the route. This exclusivity on the route means that, despite the niche appeal of the destination, it shouldn’t have too much trouble filling up its narrowbody planes. Let’s take a deeper look into the announcement.

What’s behind this route and aircraft choice?

The choice of location is a no brainer. Since the start of the pandemic, the United States has seen a trend for booking holidays that seek out the ‘great outdoors’, with people craving wide open spaces and a lack of crowds. The Azores has this in spades, with dramatic landscapes, sleepy fishing villages and some of the best hiking trails in Europe.

The choice of aircraft is interesting also. This will be the first time United has taken its new 737 MAX on a big overwater flight. The airplane has fully proven itself in long ETOPs flights, with the MAX 8 and 9 both featuring in some of the world’s longest 737 routes. Icelandair flies it in excess of 3,500 miles to both Orlando and Seattle from Keflavik, for example. United’s longest MAX route at present is its service from Houston to Anchorage, coming in at 3,166 miles.

Indeed, several airlines have already been plotting transatlantic hops with their 737 MAX fleets. Both Air Canada and WestJet have been operating the MAX between Canada and London. WestJet also recently announced Toronto to Dublin flights with its narrowbody workhorse.

So we know the plane can do it, but can the passengers?

The trip to Ponta Delgada shouldn’t be overly arduous, likely clocking in at around 5 – 6 hours. For some, that might sound like a long time on a narrowbody, but United is setting its standards high on the passenger experience front.

The interior of the 737 MAX is thoughtfully designed, with 16 first class recliner seats in a 2-2 layout. The large tray table and cupholder make it more functional than some narrowbody arrangements, and seatback entertainment throughout is sure to keep passengers occupied on the long flight.

Back in economy, it’s all change too. United has gone for a premium-heavy configuration, with no less than 54 extra-legroom seats (marketed as Economy Plus). The pitch is generous, and all seats come with IFE and access to power.

In plain old regular economy, legroom is a little tighter but is in line with most full-service airline offerings. The screens have reappeared, again, and across all cabins, passengers can pair their own Bluetooth headphones with the IFE.

The big change for all passengers, aside from the seatback screens, is the larger overhead bins. These are designed to fit six full-size carry-on bags, enough for everyone in the rows below. That takes away a lot of the stress usually felt in the narrowbody cabin, and should make for faster and easier boarding too.

Are you keen to fly the MAX to the Azores? Let us know in the comments. 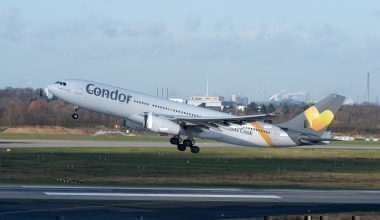 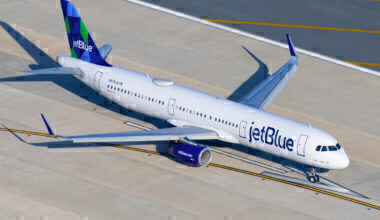 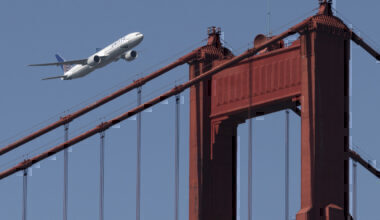 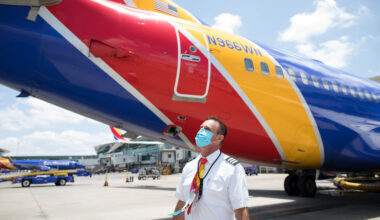 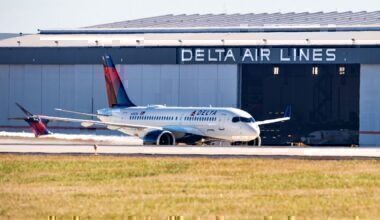