On Tuesday, United Airlines officially debuted its stunning Boeing 737 MAX 8 to the public eye. Unveiled at an event at the airline’s hub at Newark Liberty International Airport (EWR), United will begin flying the jet next month. What is special about this aircraft is that the interior is not the standard United Airlines 737 MAX configuration. Instead, passengers will find a host of customer-friendly initiatives onboard, including seatback entertainment at every screen, power outlets, and more room for carry-on baggage.

United Airlines took delivery of its first Boeing 737 MAX 8 only a few days ago. The details about the aircraft have been kept under wraps, as United plotted a major announcement billed as “United Next.” Now, the jet has been unveiled, and Simple Flying got an inside look at the stunning aircraft.

The first thing to note is that the aircraft is outfitted with room for 166 passengers in a two-class configuration. There are 16 seats in the first class cabin, which is a recliner-style seat. First class is in a 2-2 configuration.

The biggest change for passengers is the fact that there is now seatback entertainment onboard. Passengers in the premium cabin will get to indulge in entertainment on a 13-inch screen that is responsive to touch.

Back in economy, United Airlines is going for even more premium cabin seating. This includes a whopping 54 extra-legroom seats sold as “Economy Plus.” Similar to United’s Premium Plus international widebody premium economy, these seats are a purple color

There are a couple of extra inches of legroom in this cabin compared to standard economy. Passengers here will also benefit from easy access to power outlets, USB charging, and seatback screens.

As for legroom, it is ample and in line with what most airlines offer in an extra-legroom product onboard a narrowbody aircraft. There is no formal premium economy cabin on the MAX 8.

Moving back to economy, there are 96 standard economy seats. Like Economy Plus, these seats are also in a 3-3 configuration and feature access to power, seatback entertainment, and WiFi.

The legroom is a little tighter back here. However, it is still in line with what most airlines offer onboard narrowbodies for short- and medium-haul flying.

One huge customer-friendly initiative United is taking with the updated interiors is offering larger overhead bins. United claims that it will now be able to offer every passenger onboard the aircraft space for their carry-on bag. This comes from spacious overhead stowage bins that can take up to six full-size carry-on bags.

Seatback entertainment is back on United

“What we’ve seen in our research is, is it provides this halo effect. Everything gets better. The food gets better, the seat comfort gets better, just because we’ve got those screens.”

Offering an anecdote of his travels, CEO Scott Kirby added the following:

“But most recently, I flew, within the last few weeks, out to Colorado with my family. My seven year old son Shawn was sitting in first class with my wife, and I was back in coach with the rest of the crew. We got off the airplane and Shawn’s at the top of the jetbridge and he’s literally bouncing up and down to tell me about what he did on the plane.

“By way, he never watches TV, he uses his iPad. But on an airplane, he never touched his iPad, he spent the whole time with the seatback entertainment system. He told me he won two games of battleship against someone else on the airplane and only lost once, and he was so proud.

“But it’s not just kids that like it. If you walk from the back of an airplane to the front, which I did it yesterday flying in here to Newark, 60% of the people are engaging with it.”

Passengers like to use the inflight entertainment system. It helps make the flight pass by quicker, is far more convenient when enjoying a snack or a meal, and helps the whole cabin feel more modern.

Another huge bonus for passengers is that United Airlines is the first, and so far only, US airline that is updating its inflight entertainment system to handle Bluetooth pairing. That means if you are stepping onboard with your over-the-ear, Bluetooth-compatible noise-canceling headphones or Apple’s AirPods, you will soon be able to pair those devices with the entertainment system and not have to use any lesser quality headphones.

What to make of the MAX 8

United will begin flying the Boeing 737 MAX 8 from July 15th. The aircraft type will touch Houston (IAH), Newark (EWR), and Las Vegas (LAS) in its initial runs. The airline expects to expand the MAX 8’s reach in the carrier’s network, and additional schedule changes are possible.

The Boeing 737 MAX 8 at United Airlines is the preferred narrowbody aircraft to be on. To come to the event, I flew on a Boeing 757-200, operated by United. Compared to the MAX 8, the 757 felt so tired and worn out.

The jet will certainly be a passenger favorite. United Airlines is betting that passengers are going to select the airline for its improved customer experience. This is part of the airline’s positioning as a premium carrier.

If you have a choice of aircraft on United, select the MAX 8. Note that the MAX 9 does not currently have these features. Future MAX 9 deliveries are expected to come with the airline’s updated interiors.

What do you think about United’s Boeing 737 MAX 8? Let us know in the comments! 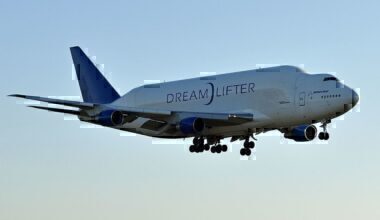 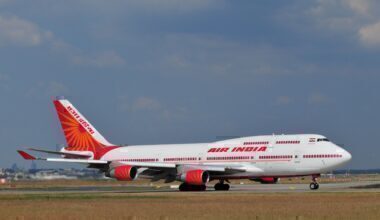 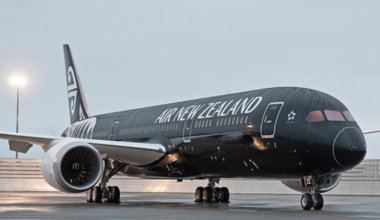