The Story Of United’s Boeing 747-400 Operations

United Airlines retired the last of its Boeing 747-400s nearly four years ago on November 7th, 2017. San Francisco was always the most important hub for the type, followed by Chicago and Washington Dulles. We explore how the iconic B747-400 (code: 744) was used.

United Airlines’ final B747-400 service was from San Francisco to Honolulu, a one-off service. UA747 had a scheduled departure time from California of 11:00, although it was delayed.

There was a good reason why this route was chosen to commemorate the type’s exit. It was the very same route that United’s first Boeing 747 – a B747-100 named Friend Ship – operated all the way back on July 23rd, 1970. In a further nod to that heritage, United’s last 744 flight was also named Friend Ship, with a 1970s-era theme onboard.

This flight brought to an end the carrier’s association with four-engine widebodies. Fittingly, United had a total of 44 Boeing 747-400s, ch-aviation.com shows. N118UA operated that final one-off, with this example delivered to United in February 1999. At the time of retirement, N118UA was about 19 years old, coincidentally more or less the same age as the carrier’s fleet of B757-300s.

Of course, the number of flights isn’t the fairest way of measuring aircraft use as it doesn’t consider distance or the number of seats. The 744 will almost inevitably rank poorly by this measure as they aren’t used intensively or on short trips. If, however, available seat miles are considered, the 744 was United’s third-most-used type in 2005, behind only the B777-200/ER and the B757-200.

San Francisco was the main hub for the 744

Between 2004 and 2017, United primarily used the 744 from San Francisco, another reason why the final service was so appropriate. Chicago also saw a decent number of flights to Asia and Europe (Frankfurt and London Heathrow). Washington Dulles was the third-largest hub for the type; it mainly had routes to Frankfurt, London Heathrow, and Beijing.

In contrast, Denver saw very few movements. All were domestic flights other hubs, with the last service to O’Hare in 2009. The B747-400 had no scheduled operation from Newark or Houston in this period.

Tokyo Narita played an important role, although less than for Delta and Northwest’s B747-400s. United had a range of intra-Asia services from Narita (all originating in the US) comprising Bangkok, Taipei, Hong Kong, and Singapore.

Meanwhile, Hong Kong had intra-Asia service to both Singapore and Ho Chi Minh City, both until 2011. Exactly 10 years ago today, the schedule for UA869 was as follows (all times local), with the aircraft remaining overnight in Vietnam before returning the reverse way. We recently explored the US and Canadian aspirations of Vietnam’s Bamboo Airways.

San Francisco to Narita was #1

Not surprisingly, San Francisco to Tokyo Narita had the most non-stop B747-400 flights if 2004 to 2017 is added up, with the order shown below. Asia-Pacific’s importance is clear, unlike Europe, with only the 5,699-mile service from San Fran to the Star Alliance hub of Frankfurt in the top-10 list.

Did you fly the 744 with United? If so, where did you go, and what are your best memories? Let us know in the comments. 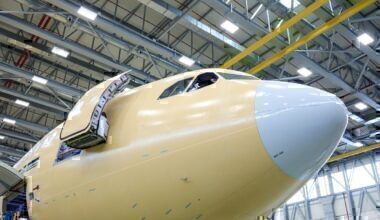 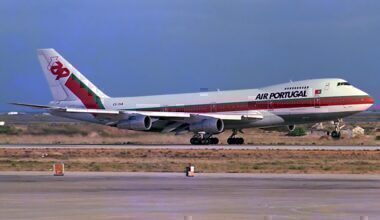 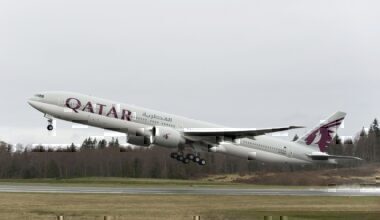