United Express Flight Attendant Has Been Detained For Over 1 Month

UPDATE: Selene has now been released, according to an update from her husband David Watkins. She is reportedly on her way home. Great news for the flight attendant and a happy ending to the story.

Wonderful news: Selene has been released from detention and is on her way home now. Thanks to everyone who spoke out. https://t.co/2EHPUCffDj

A United Express (a division of United Airlines) flight attendant has been in prison for over a month for simply doing her job, thanks to strict US immigration laws. Many in the industry are trying to resolve the issue but, unfortunately, it seems not much can be done.

Like many stories, this one starts some years ago. Selene Saavedra Roman came to the United States when she was just three years old. Originally from Peru, she traveled with her undocumented parents to find a better life abroad. She grew up in America, attended university in Texas and eventually met the love of her life (a natural American). Through this person, she began to apply for American citizenship.

In January of this year, she got her dream job flying as cabin crew for United Express (run by MESA Airlines). This would take her all over the US, until one day she was asked to fly to Mexico. Being new to the organization (and still on probation), she agreed and flew out on her Peruvian passport.

Upon returning to the USA she was stopped and detained by ICE agents, despite not actually entering Mexico.

Not allowed to travel

According to the US government, even though she has the right to live and work in the US, under the Deferred Action for Childhood Arrivals (DACA), she is not allowed to travel without advance parole. As a result, she must return to the country of her passport – Peru. This is despite not knowing a single soul there nor never actually having visited there during her adult life.

Her husband has been unable to see her for more than an hour, and she has been kept with other prisoners in a detention center. There is no grass and they only have an hour a day to sit outside on concrete. Flight attendant and airline crew union officials are trying to resolve the situation, and have asked the general public to sign a petition.

Selene Saavedra Roman is a DREAMer with approved status, no criminal history, and simply doing her job as a certified U.S. Flight Attendant. But she was detained by ICE and has been held for over a month with no end in sight. #FreeSelene
Sign the petition: https://t.co/SDwVnbBAnv pic.twitter.com/D4oqiOmaFF

According to the website ‘Paddle Your Own Kanoo’, United has yet to issue a statement regarding her confinement. Her employer, MESA Airlines, has called the entire situation an administration error and wants it resolved immediately.

“It really boggles my mind why the government would want to seek to continue to detain someone with no criminal history who was a graduate of Texas A&M and who was approved and on her way to citizenship,” – Roman’s lawyer Belinda Arroyo.

If you want to sign the petition give your support, it can be done here. Ms. Roman’s trail is set for April 4th and may face deportation unless she can prove otherwise.

What do you think? Should she be detained any longer? 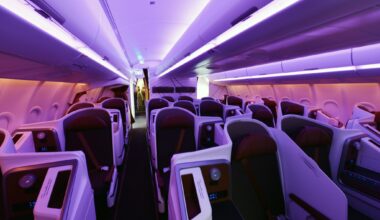 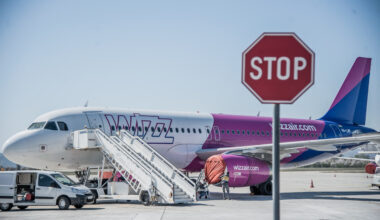