United Airlines has announced a massive schedule boost this July. With over 400 more daily departures in the carrier’s schedule, the airline is clearly expecting passengers will take to the skies in large numbers after spending the last year away from friends, family, and tourist attractions.

July is going to be a big month. United is adding 400 daily departures to its schedule. The new flights will cover points in the US and Europe. Altogether, United expects to hit 80% of its 2019 domestic US schedule this July on bookings up 214% compared to 2020 levels. Compared to June 2021, United will increase its schedule 17% for July— making July United’s largest month from a scheduling perspective since the crisis hit.
Bozeman, Montana; Orange County, California; Cody/Yellowstone, Wyoming; and Raleigh, North Carolina will be getting new flights. Bozeman and Cody are outdoor leisure gateways to places like Yellowstone National Park. Orange County is close to Disneyland and other attractions. Raleigh is a large and growing US city that serves as a large origination market for customers.
Ankit Gupta, Vice President of Domestic Network Planning and Scheduling at United, stated the following on the schedule expansion:

“This July we’re taking a big step toward flying at pre-pandemic levels for our domestic network. By adjusting our bank structures at two key hub airports, we’re able to offer our customers easy connections to destinations across the U.S. so they can start their vacations at times convenient for them.”

The two hubs that United will adjust its bank structures at Chicago O’Hare International Airport (ORD) and Washington Dulles International Airport (IAD). These are some of United’s largest and most important hubs.
Chicago is getting two more flight banks. This will take the hub to an impressive nine daily flight banks and over 480 daily departures. The new banks will help facilitate additional connections and give customers more options to choose their itineraries.
Meanwhile, at Dulles, United is adding a third bank. This third bank will take the airport to over 220 daily departures on United. Dulles is mostly a coastal transatlantic gateway, hence the fewer banks than Chicago, which serves a large mix of domestic connections with international flights.

International getting a boost

International flights are also getting a boost. United is moving up its service from Newark Liberty International Airport (EWR) to Dubrovnik Airport (DBV) to start on July 1st. The airline is also growing this route to four weekly operations using a Boeing 767-300ER.
Meanwhile, EWR to Athens International Airport (ATH) is getting a capacity boost. After resuming in June, United will swap the aircraft on this route to a Boeing 777-200ER. This will be a retrofitted aircraft featuring the airline’s modern Polaris business class and a dedicated premium economy product. United will fly a Boeing 767-300ER on the route in June.
From Dulles, United will also add a second daily flight to Frankfurt Airport (FRA). This is a hub for partner Lufthansa, where passengers can connect onwards to points in Europe and beyond.
Assuming Spain and Portugal open up, United anticipates resuming services to both countries. Flights from Newark to Lisbon, Madrid, and Barcelona will restart subject to the two countries opening up for vaccinated tourists.
United is going big this summer. July is clearly a month when the airline anticipates significant growth in the number of travelers. The expanded routes are mostly oriented towards leisure travelers, which is the bulk of passengers flying today.
July is typically one of the best months for US airlines. Schools and colleges in the US start to close for the summer from May through June, while most resume from August and September. This leaves July as a singular month where almost every school-age child is out of school and families can plan travel. This is on top of favorable warm weather across the Northern Hemisphere, which encompasses popular geographies for American tourists.
Are you going to fly United this summer? Let us know in the comments!
287
0
0
287 Shares:
Share
Tweet
Share
Share 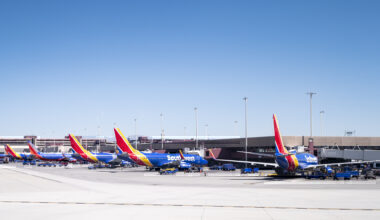 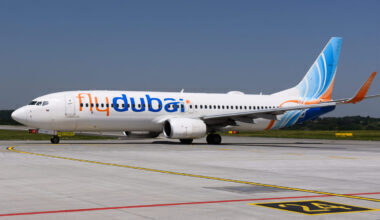 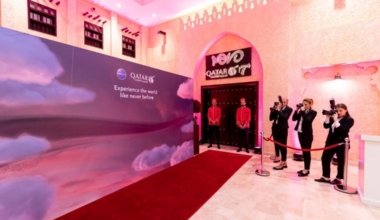